There are a few things that scream autumn to me –  slow cookers, maple syrup, and pumpkin spice everything. I took those and brewed them up together for this Slow Cooker Maple Pumpkin Spice Latte. 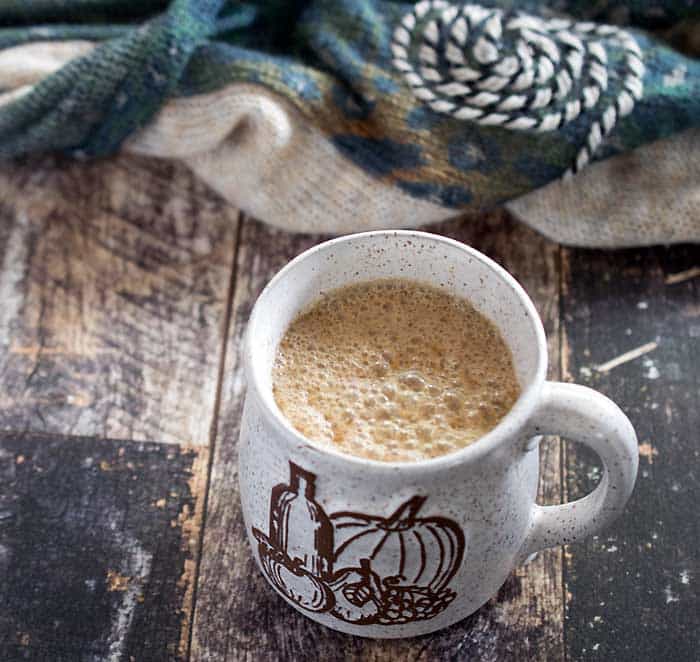 I Can Make Pumpkin Spice Lattes at Home?!

Just so you know, the pumpkin spice syrup at Starbucks contains dairy, so if you want a pumpkin-spiced anything, it’s better to make it at home. You can get the cold brewed coffee recipe here and the recipe to make your own pumpkin puree here.

How Do I Make Slow Cooker Maple Pumpkin Spice Latte?

There are a few ways to make a Maple Pumpkin Spice Latte and one is to add the pumpkin spices, coffee, and nondairy milk to your slow cooker.

Be warned that it gets a little chunky in the slow cooker so you can either strain it before serving or give it a careful whirl in your blender.  Either way will elevate your pumpkin spice latte to coffeehouse level.

Last year they came out with a vegan version in Europe, but we were stuck with the dairy syrup here in the US.

But don’t fret, I have a slow cooker recipe too: Slow Cooker Pumpkin Coconut Caramel Sauce.

I also have a Slow Cooker Pumpkin Spice Cashew Creamer, if that’s more your style. 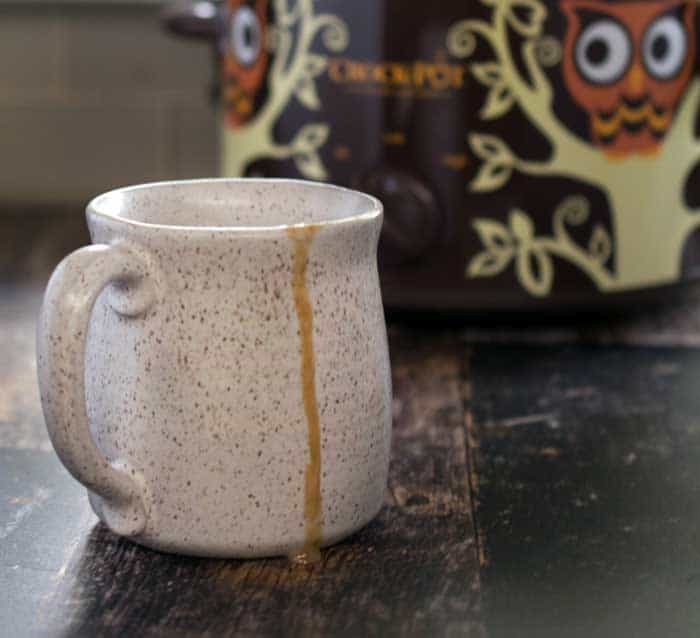 I know that everyone isn’t on the pumpkin spice latte train. But you can use the same method to make a maple latte instead.

Can I Make This in a High Speed Blender Instead?

What I did this morning was to blend it all together before I added it to my 2- quart slow cooker. Then I got to thinking, if you have a high speed blender you could just keep blending until it gets hot. Just some pumpkin-spice for thought!

If you decide to use a high speed blender you could just add 1/4 cup pecans or cashews plus 2 cups water. Blend and you’ve made homemade nut milk for your Not Slow Cooker Maple Pumpkin Spice Latte. 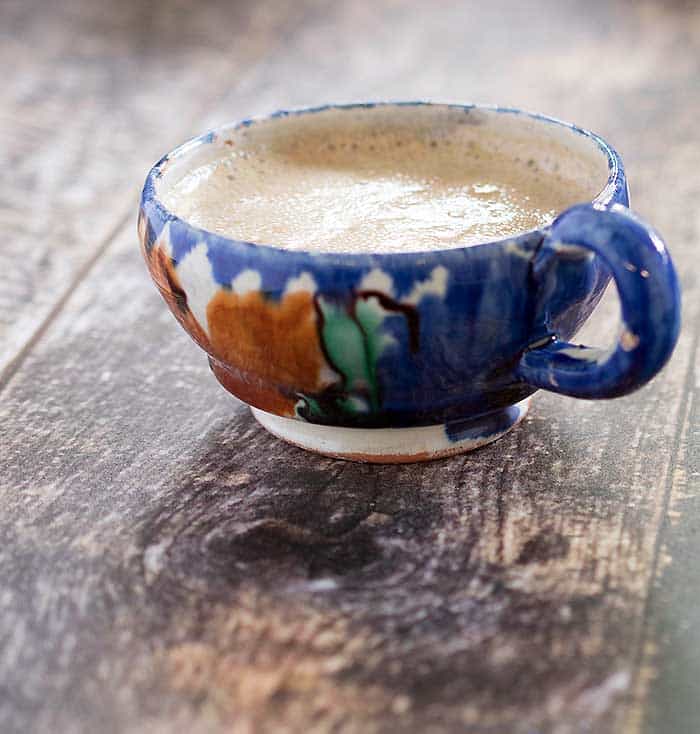 What Slow Cooker Do You Recommend?

If you are shopping for a slow cooker be sure to read my slow cooker faq page, and take a close look at the Hamilton Beach Right Size Model, it has 1 crock but settings to use it as a 2, 4, and 6 quart slow cooker!

Where Can I Get That Owl Slow Cooker?

Can I Sweeten Slow Cooker Maple Pumpkin Spice Latte with Dates Instead of Maple Syrup?

You sure can, just add about 4 dates to the slow cooker and make sure to puree in a blender before serving. You may also want to strain after you blend it too. 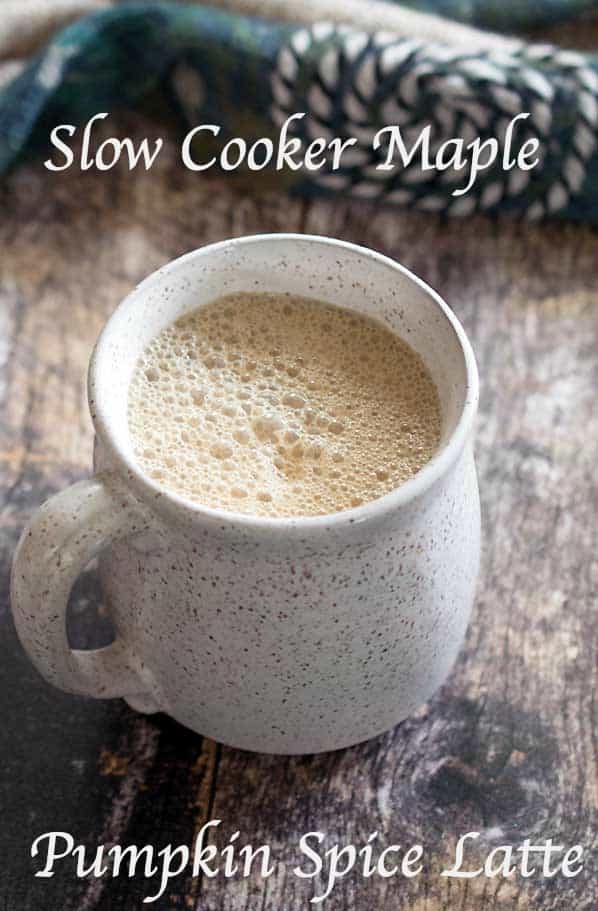 More pumpkin recipes for you to try: 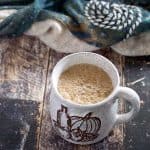 Fall comes around and hot drinks start seeming better, or at least as good as, the iced ones. Wake up, throw all the ingredients into the slow cooker, and in 1 1⁄2 to 2 hours you have piping hot lattes made with the nondairy milk of your choice. Soy-free gluten-free
Prep Time5 mins
Cook Time2 hrs
Total Time2 hrs 5 mins
Course: Drinks
Cuisine: American
Keyword: latte, pumpkin
Servings: 4 servings
Calories: 50kcal
Author: Kathy Hester