I’m on my second cup of Vegan Cinnamon Roll Coffee with Homemade Brown Sugar Cinnamon Coffee Syrup. It’s a simple Starbucks copycat cinnamon dolce latte that you’ll find yourself drinking all year long. If you aren’t a coffee fan, you can use it in tea or on vegan ice cream.

The flavor of this wonderful drink with my Starbucks copycat syrup reminds me of the sweet cinnamon coffee I had when we visited Mexico a few years ago, and it’s just as delicious.

What is cinnamon dolce coffee syrup?

Cinnamon dolce latte syrup is a homemade cinnamon syrup that’s sweet, spiced coffee syrup that has been popularized by Starbucks. It and other flavored syrup can be added to either hot or cold coffee or tea. It’s great on vegan vanilla ice cream too.

It has the flavors of cinnamon and dark brown sugar, so it tastes a lot like a cinnamon roll.

How to Make a Cinnamon Dolce Latte

Starbucks cinnamon dolce drink can be ordered either hot or cold and typically combines espresso roast coffee, cinnamon dolce syrup, and your choice of plant-based milk. My favorite is soy milk.

The drink can be topped with whipped cream and Cinnamon Dolce topping, but skip both of those to order the drink vegan! Just ask for a sprinkle of delicious cinnamon instead.

It’s great to make this delicious Starbucks copycat recipe in the comfort of your own home.

I love a Starbucks iced cinnamon dolce latte and you can use cold brew concentrate straight from the fridge to make it.

If you prefer to make your own try my Coconut Oat Vanilla Nut Vegan Coffee Creamer or maybe this Cashew Almond Vegan Creamer. Both are so easy to make and you can tailor them to your tastes.

So this homemade version is so much cleaner and is a fraction of the cost!

For homemade all you need is 1 cup water, brown sugar or coconut sugar if you’d like to make it refined sugar free, and cinnamon sticks.

How to Make Cinnamon Dolce Syrup

Just add all the ingredients to a small sauce pan, bring to a low boil, then lower the heat to medium and simmer for 10 minutes.

Leave the cinnamon sticks in until the syrup cools, then take them out and discard. Store in the fridge.

A batch of cinnamon coffee syrup should last you about 2 weeks.

Why don’t I just brew it hot? Because making cold brew at home is easy and it keeps the acids to a minimum, making my stomach much happier. You can drink cold brew cold or heat it up!

You could make this with unflavored coffee since the syrup adds a punch of cinnamon flavor.

If you avoid refined sugars, you have to try my fall spiced syrup which is made with maple syrup.

Get your slow cooker out to make this maple pumpkin spice latte or gingerbread latte and keep it warm all morning. 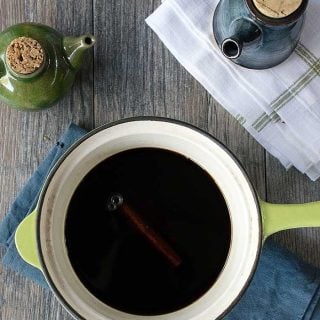 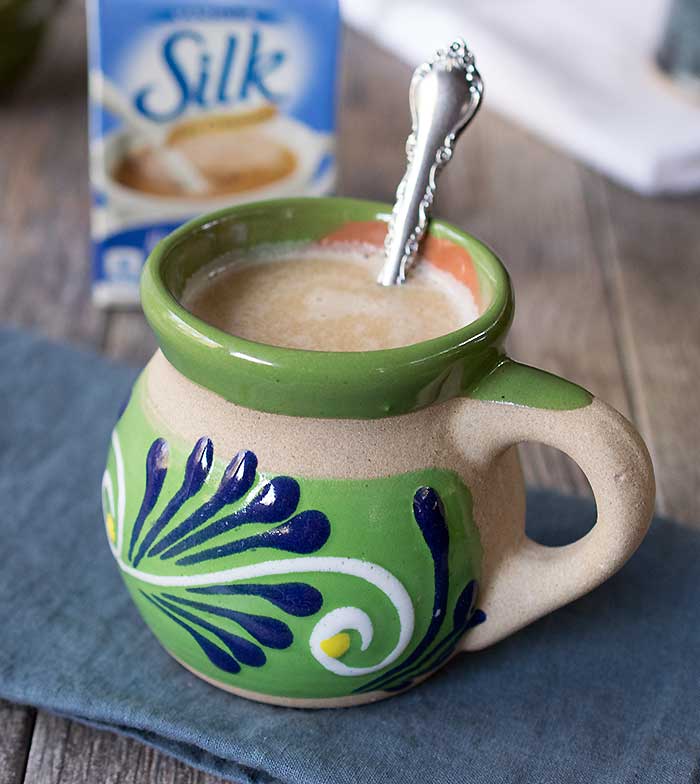