Table of Contents show
1 Why Have Vegan Pie on Thanksgiving?
2 Looking for More Vegan Thanksgiving Recipes?
Share on PinterestShare on FacebookShare on TwitterShare on RedditShare on EmailShare on WhatsAppShare on LinkedIn

It’s almost that time and I know you need at least one Vegan Pie to top off your amazing Thanksgiving dinner this year. While there are a lot of vegan Tday desserts, I am very partial to pie myself. So check out all these vegan pie recipes including pumpkin, nut, fruit, and more! 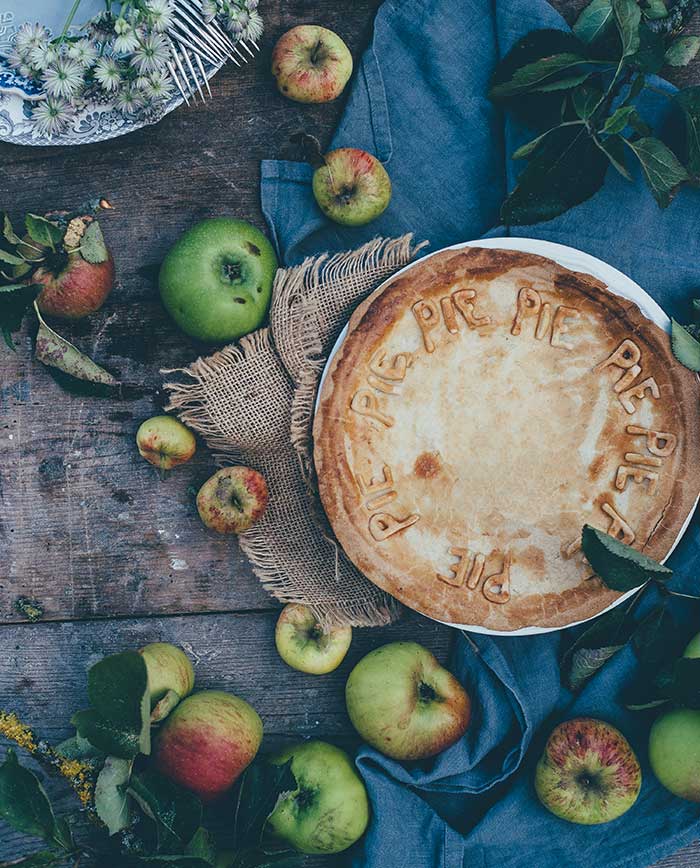 Why Have Vegan Pie on Thanksgiving?

I think pie is the best Thanksgiving dessert. We had pumpkin and pecan pies on my table when I was growing up, but the world of pies is so much larger than that.

I remember making my first non-southern pie. It was a maple walnut pie from one of Nava Atlas’ cookbooks. The idea of a nut other than pecans – being the star of a pie – was new to me.

That was just the beginning of the many wonderful non-traditional vegan pie recipes I would fall in love with. 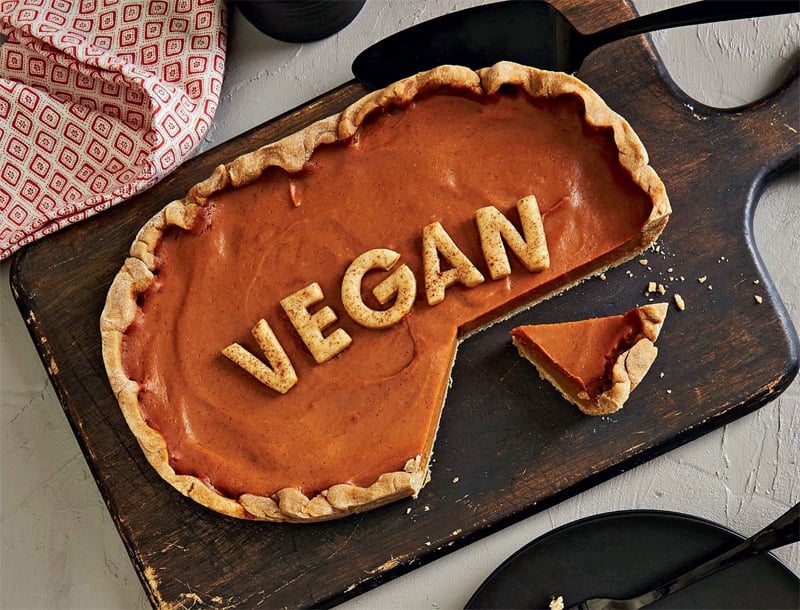 This unusual slow cooker butternut squash pie gets a little flavor from miso, but it’s a sweet pie worthy of your Thanksgiving table. 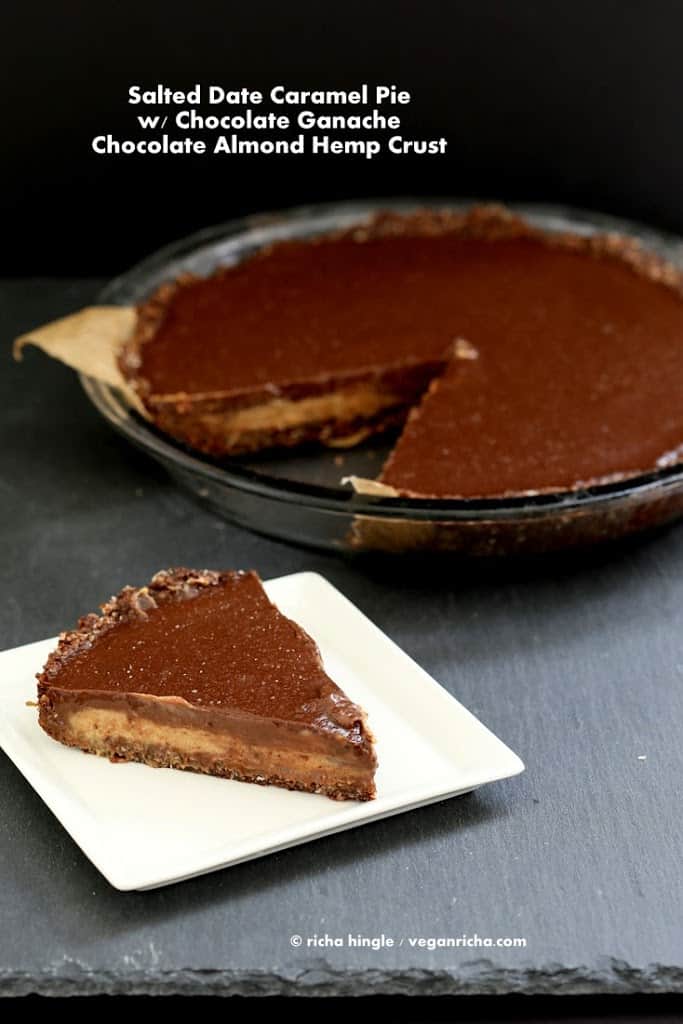 The picture above is a Salted Date Caramel, Chocolate Mousse Pie with Almond Coconut Crust (Photo and recipe from Vegan Richa) that’s to die for. 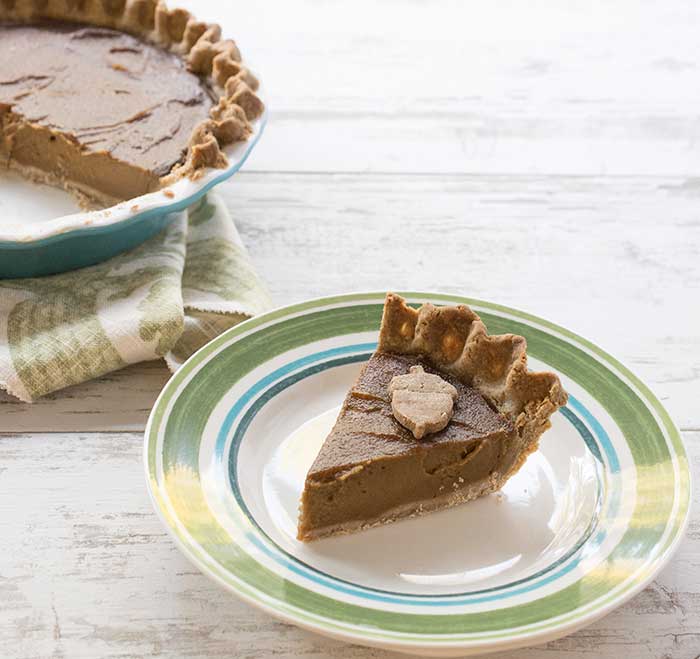 I finally have a few pies on the blog this year and this Gluten-free Vegan Pumpkin Pie with a Teff Flour Pecan Crust is one of my favorites. 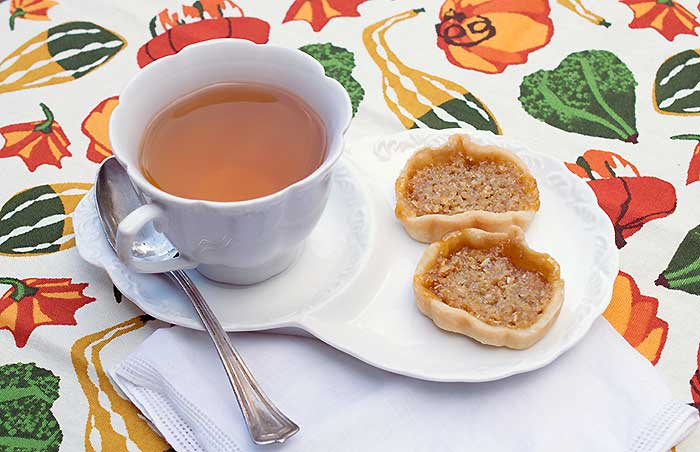 If you have nonvegan guests over the holidays these little Vegan Treacle Tarts will open their hearts to try other vegan goodies. They are very sweet, in a pecan pie way, but the lemon really lifts them up and makes this seem fancier. 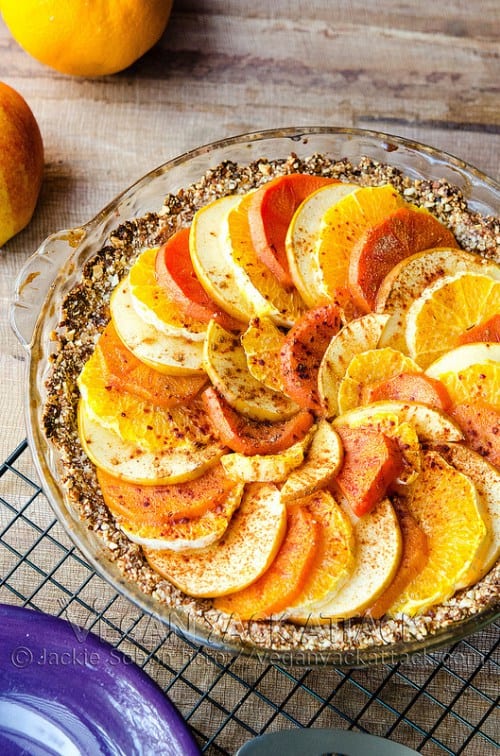 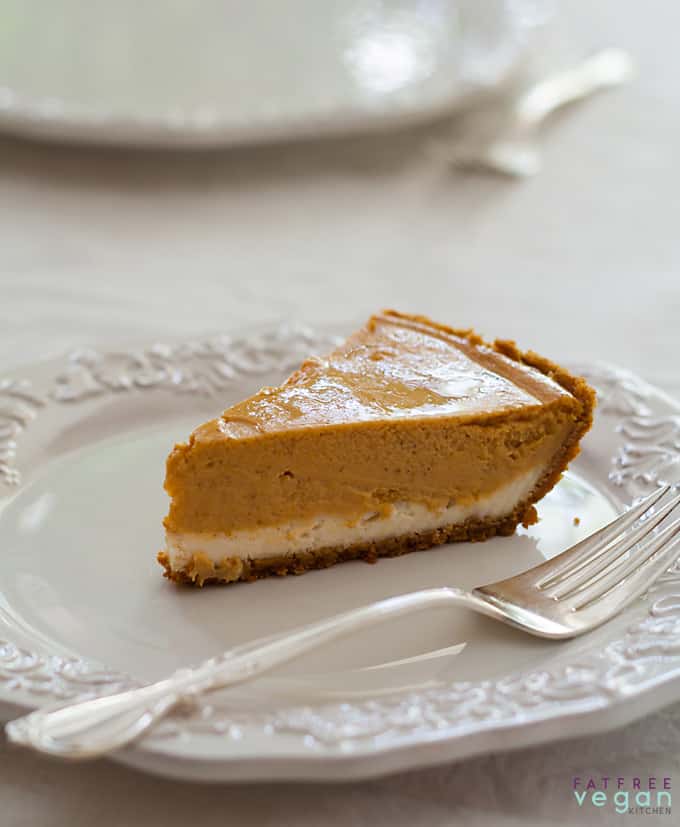 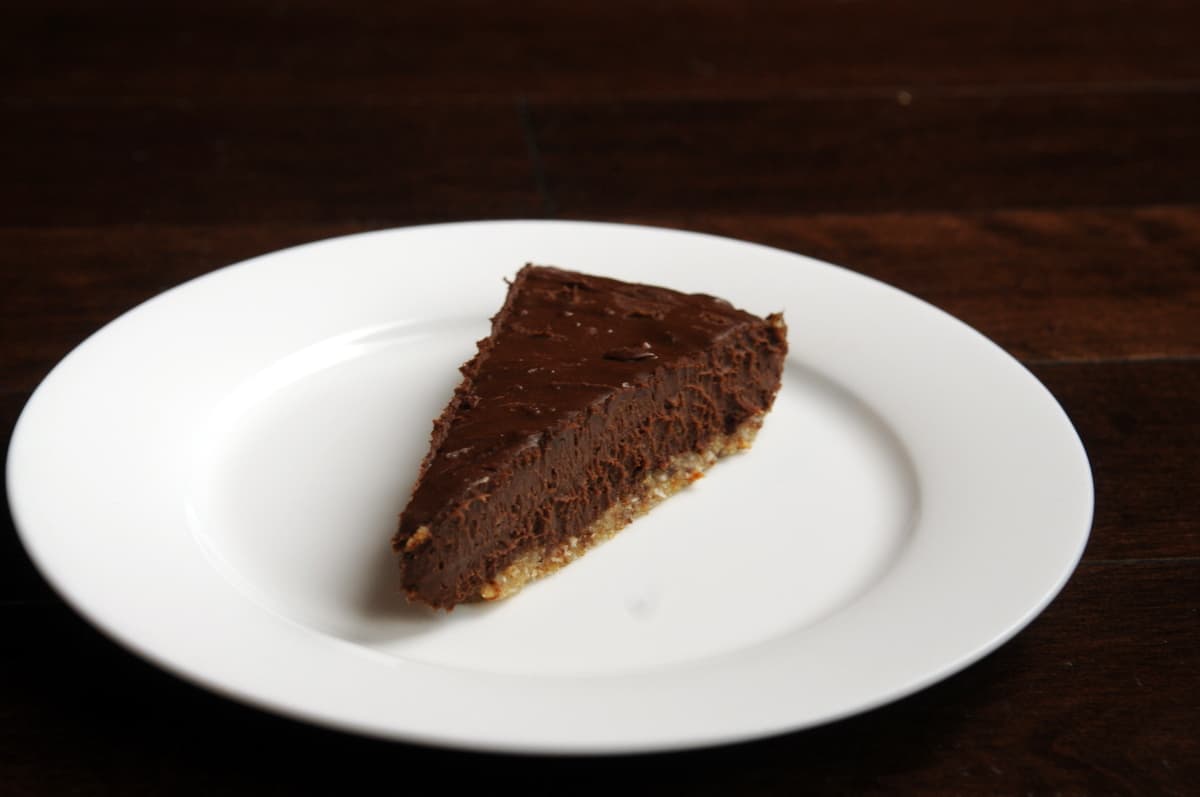 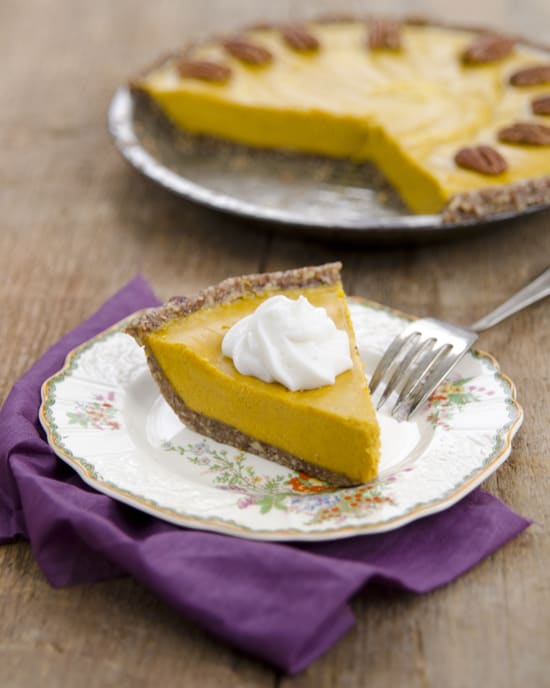 Need a few savory recipes too? You could make my Slow Cooker All in One Thanksgiving Dinner for Two or even make large  Thanksgiving Potato Stuffing Balls with a Cranberry Center. Or you could take a quick peek at my savory tday roundup post.

Previous Post: « Vegan Thanksgiving Casserole: A One Pan Holiday Meal Everyone Can Enjoy
Next Post: Easy Thanksgiving Dinner for Two »