Table of Contents show
1 Looking for More Vegan Thanksgiving Recipes?
2 Thanksgiving Potato Stuffing Balls with a Cranberry Center
2.1 Ingredients
2.2 Instructions
2.2.1 Nutrition Information
2.3 Did you make this recipe?
Share on PinterestShare on FacebookShare on TwitterShare on RedditShare on EmailShare on WhatsAppShare on LinkedIn
Jump to Recipe

Tasteful Selections™ sponsored today’s post and I’ve created a delicious recipe with their cute little potatoes, which you’ll definitely have to make for the holidays!

Thanksgiving is coming up fast. In Durham we have a Triangle Vegetarian Society event that’s the largest vegan Thanksgiving feast in the country! My friend Linda Watson, from Cook for Good, already scored us all tickets and I can’t wait to go. It has multiple seatings and still sells out the day registration begins.

The buffet line is something out of a 4 star brunch – only everything is vegan! They even have gluten-free, soy-free and sugar-free options. Please come up and say hi to us if you’re there.

If you’re cooking at home you get more Thanksgiving side dishes on this post.

Scoring my reservation got me to thinking about stuffing, mashed potatoes and cranberry sauce. They are a few of my favorite things – and probably on your list as well. I put on my mad scientist thinking cap and came up with a ball made of mashed potatoes and stuffing – mixed together, rolled in breadcrumbs and baked until golden brown. There’s even a surprise of some cranberry sauce buried in the middle. I topped mine with vegan gravy and a little extra cranberry sauce to make them just right. 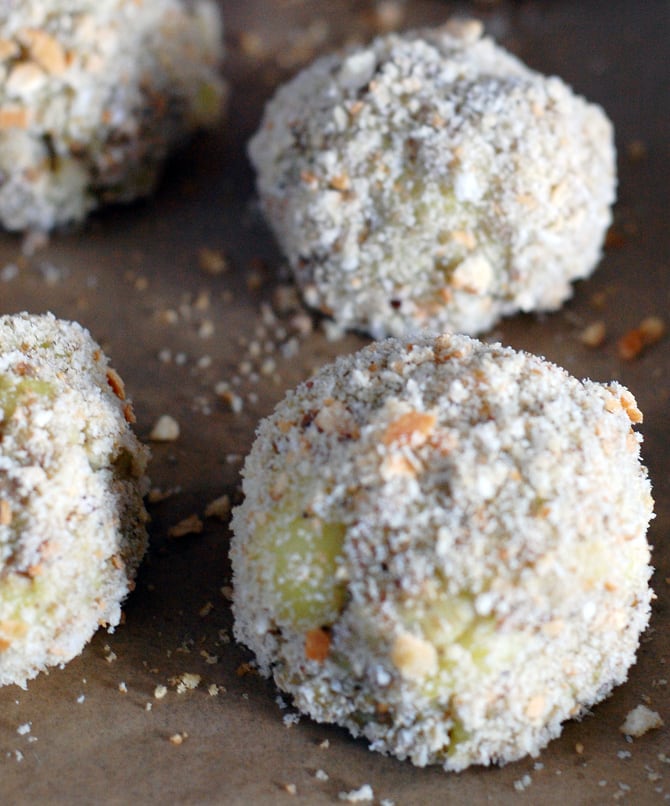 This post was sponsored by Tasteful Selections™  to promote their partnership with Katie‘s Krops. That means I get paid for recipe development and posting the recipe on my blog. With that said, we have been eating bag after bag of Ruby Sensation and Honey Gold small potatoes and I truly think they are delicious. 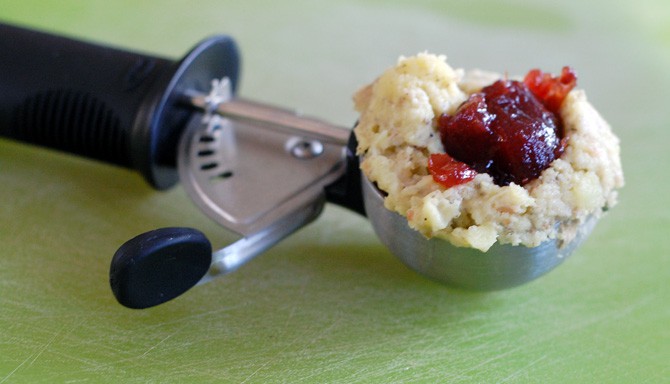 This recipe uses a pre-made stuffing mix. I got mine at Whole Foods but it’s very important that you make sure it’s labeled vegan or carefully read the ingredients. Many stuffings have animal fat or other animal products in them.

You can make your own by using stale bread. Don’t have any stale bread? Leave a loaf of french bread out overnight and it will dry enough to use. You don’t want to use fresh bread because you’ll have more of a bread mush after you add liquid – ick! Also add in some sage and rosemary to give it that signature stuffing flavor. 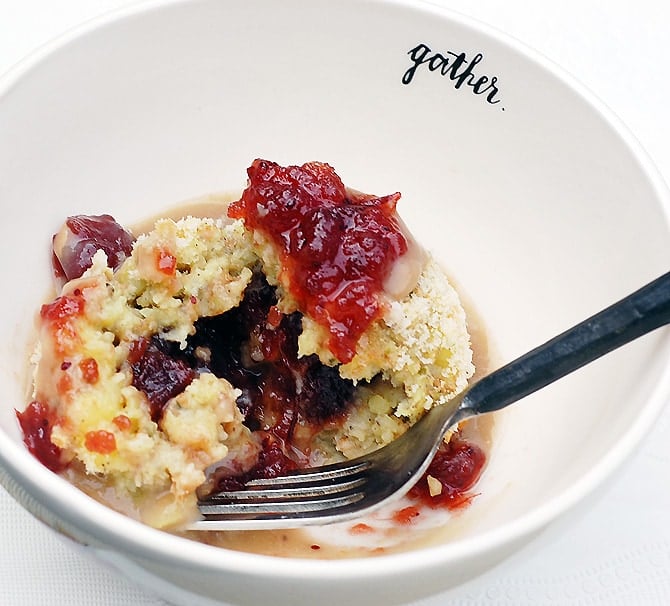 These do take some extra prep time, as most single serving portions do. Take advantage of the extra people in your house for making these and kids will love making them too. It’s a good excuse to get their hands dirty and they get to eat what they worked on! 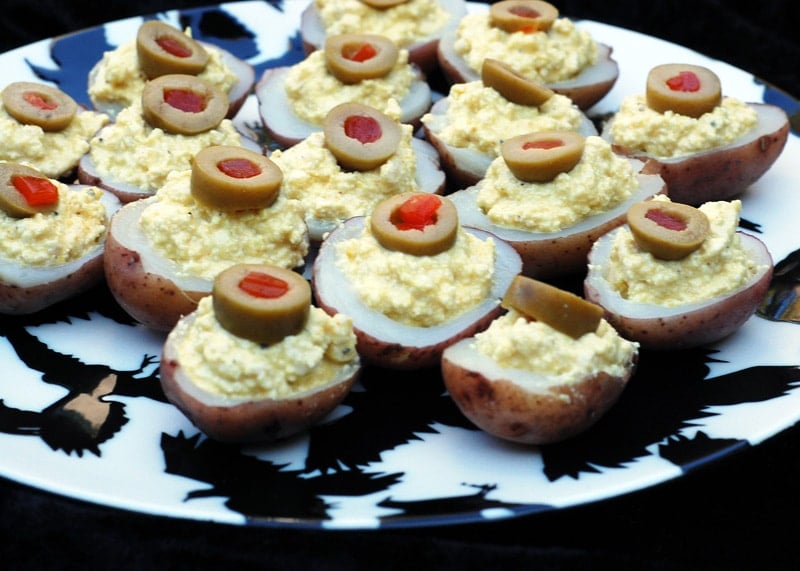