Your kids will be so excited when they taste this Harry Potter’s Pumpkin Juice recipe. It has no added sugar & is perfect for a healthy Halloween! 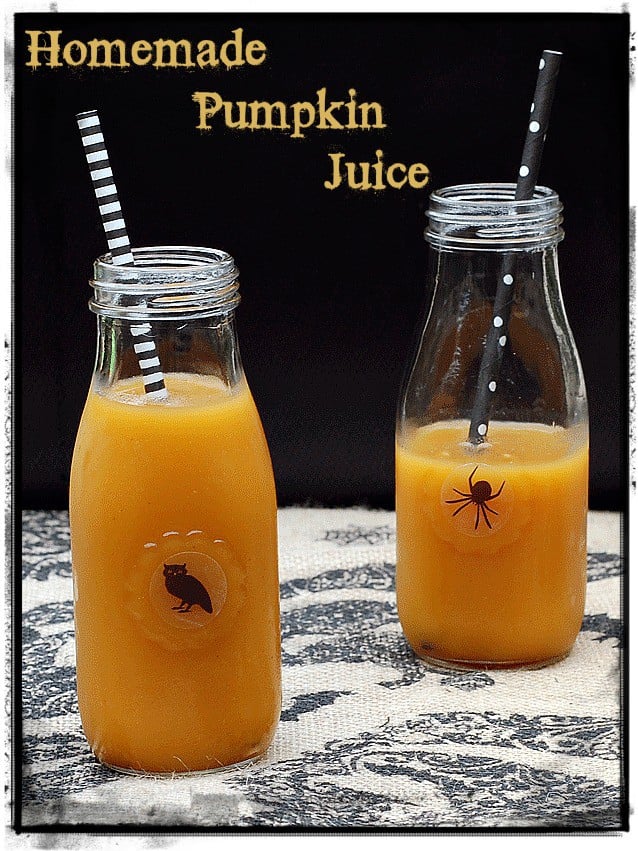 Harry Potter Is My Favorite!

In case you didn’t know, Cheryl and I are huge Harry Potter geeks. I’m even re-reading the whole series right now to get in the mood for Halloween. After all, I do have a fancy Gothic dinner party to plan for the end of October!

Give Me the Pumpkin Juice Recipe Right Now!

If you’re not interested in my Harry Potter photos, scroll all the way to the bottom for the recipe. 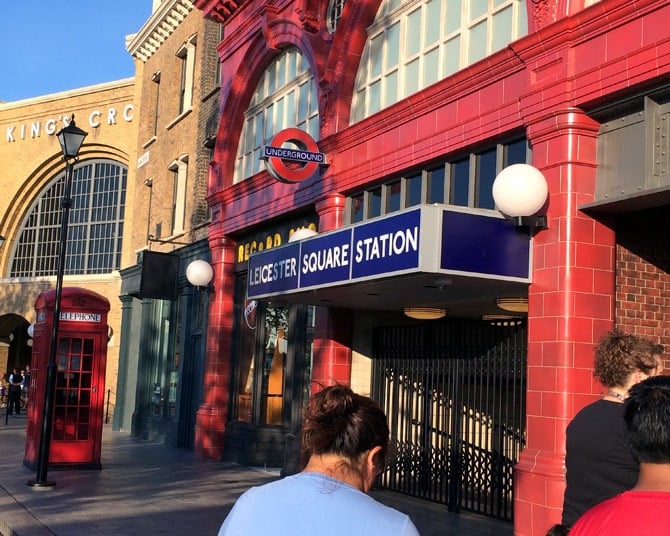 Butterbeer Is Not Vegan But Pumpkin Juice Is

That’s at Universal Studios anyhow. At my house I make both vegan by making then homemade.

Butterbeer is not vegan because the foam on top contains dairy and they will not serve it without. But you can find bottles of vegan pumpkin juice all over.

If you want a current idea of what’s vegan at Universal I recommend joining the Facebook group Universal Orlando Vegans.

There are only 2 specialty drinks that were not vegan the last time I was there. One is the famous Butter Beer and the other is Fishy Green Ale which is similar to bubble tea. The vegan drinks are: Otter’s Fizzy Orange Juice, Tongue-tying Lemon Squash, Peachtree Fizzing Tea and the ever popular Pumpkin Juice. 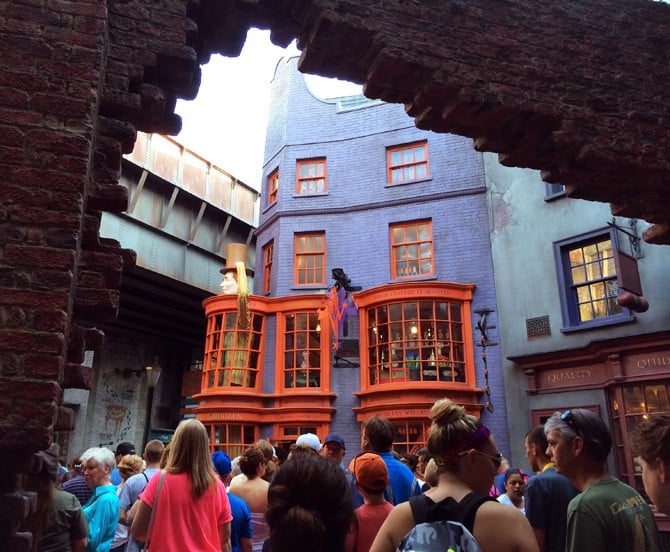 How Do You Get into Diagon Alley?

To get to Diagon Alley you have to go through the London waterfront that’s mostly for Muggles. There are a few surprises if you know where to look (hint: look up in the windows at Kings Crossing by the water front). It’s where you’ll find platform 9 3/4 and the entrance to Diagon Alley.

As soon as you pass through the broken wall your eyes won’t be able to take all of it in. This park is themed from head to toe, with cool signs, quirky  window displays, shops and even has spots where you get to make magic happen. (Well, at least with a special magic wand they happen to have for sale…) 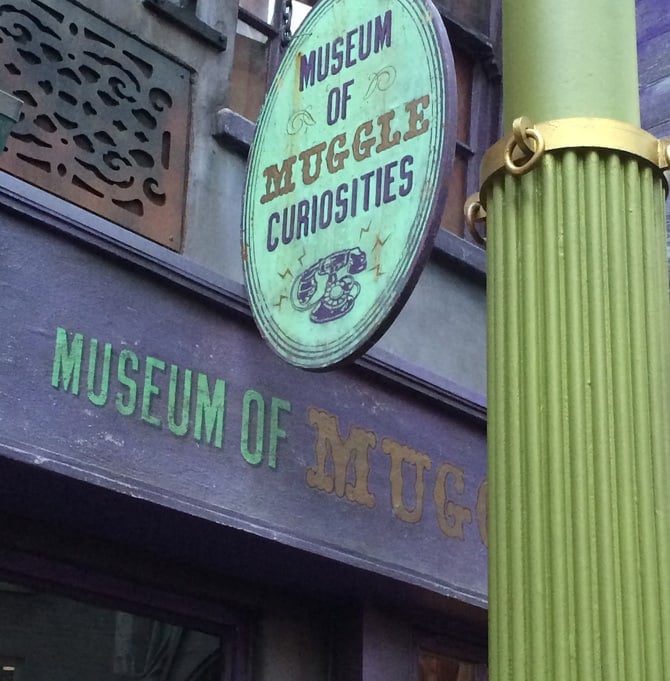 Cheryl and I rushed in so we could stand in line, but we grabbed a couple of Gilly Waters. You buy the bottles of water ($4 each) then buy a flavor elixir separately.

It is the most expensive water we’ve ever had, but look at the smile on Cheryl’s face! 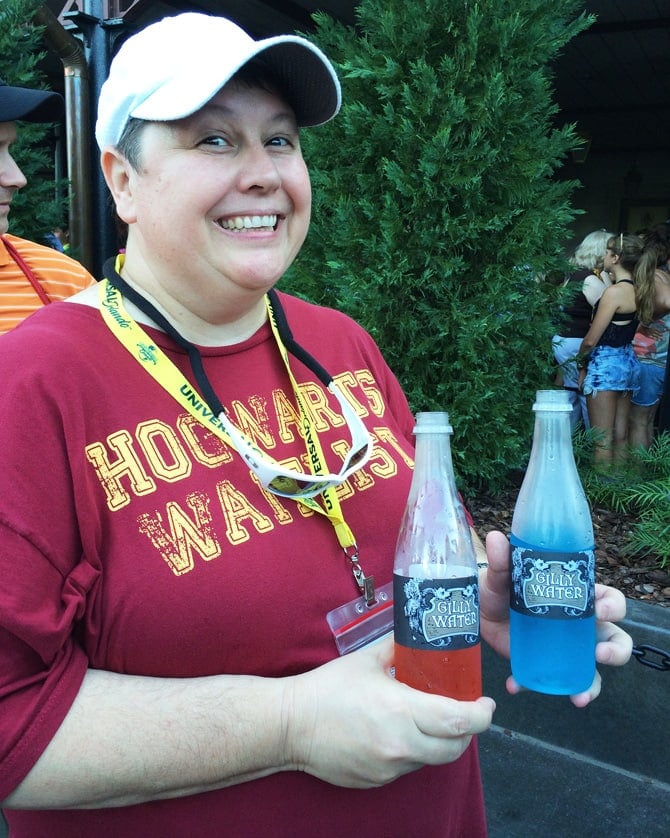 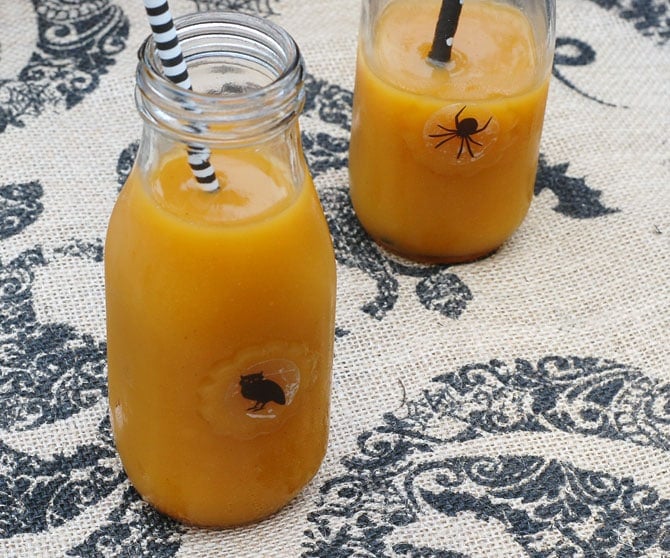 I decided to make my own Pumpkin Juice recipe and I am thrilled with the results. There’s more to pumpkin juice than just juicing a pumpkin.

My version simmers spices, fresh ginger and vanilla bean – with apple juice to infuse it. Then it’s blended with soaked dried apricots, pumpkin puree and a little nutmeg. Then you strain it and you get about 3 cups of homemade Pumpkin Juice. 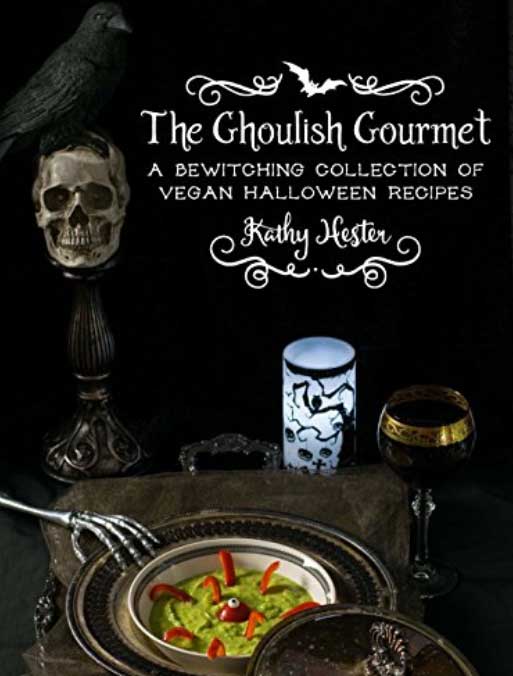 Where Can I Get More Vegan Halloween Recipes?

It’s time to break out my Halloween e-cookbook, The Ghoulish Gourmet: A Bewitching Collection of Vegan Halloween Recipes, and make some Harry Potter’s Pumpkin Juice to get in the spirit.

It has 25 original recipes and all but 4 of them have never been seen before! One of them is my favorite autumn drink – Harry Potter’s Pumpkin Juice. Scroll to the bottom of this post to get the recipe.

The Ghoulish Gourmet Kindle ebook can be read on your computer, iPad or phone. It costs $3.99 or you can read it for free if you have Kindle Unlimited. 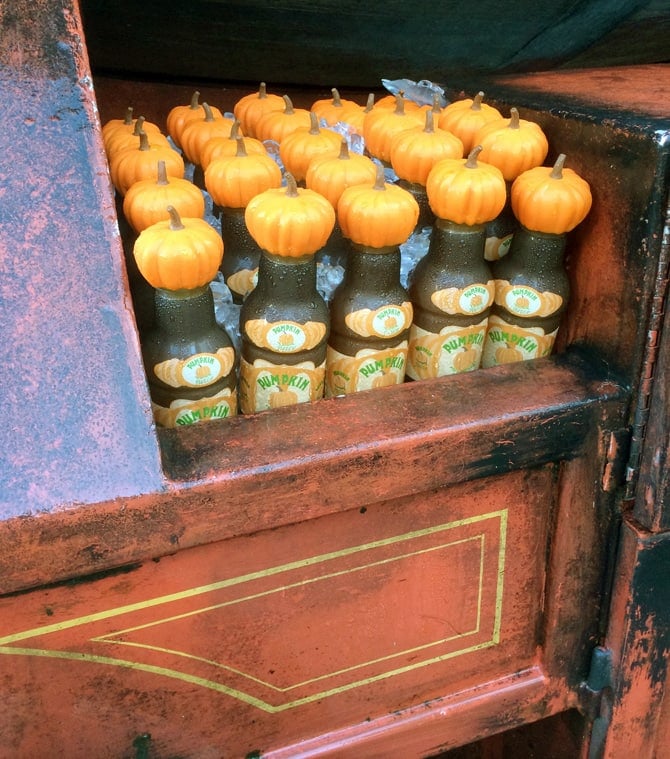 What’s your favorite vegan Halloween or Harry Potter treat? Let me know in the comments!

Save the pulp and make pumpkin juice slow cooker oats the next day!!