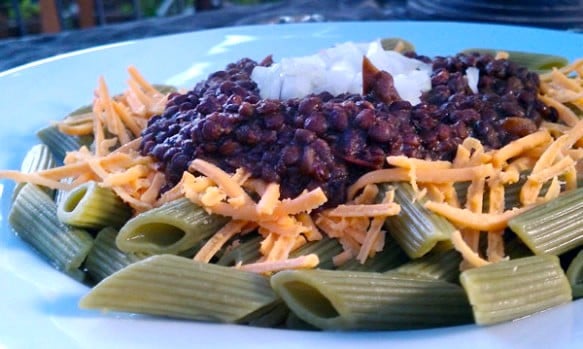 Today I wanted to give you an easy recipe to make for your Halloween dinner party. 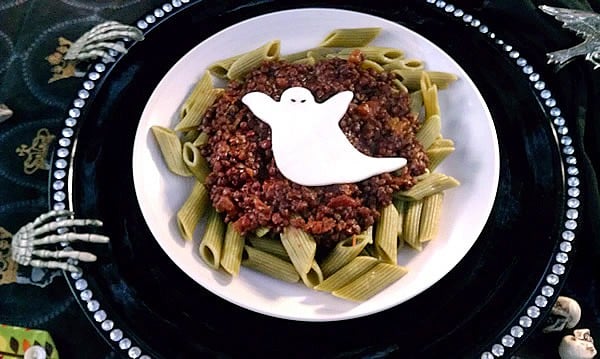 Cincinnati chili is similar to a regular meaty chili except it has unusual spices that you see more in pumpkin pie than an all-American stew. Traditionally, it’s a meat chili that has kidney beans as an optional topping along with shredded cheese and onions. Then oddly enough it’s served over pasta.

This one uses vegan ground and the lentils for the meaty texture. The unusual spices blend in more than you expect, but there are Cincinnati chili lovers and haters. Because of the extra spices the ingredient list may look intimidating, but most things on the list are a quick measure and you’re done! 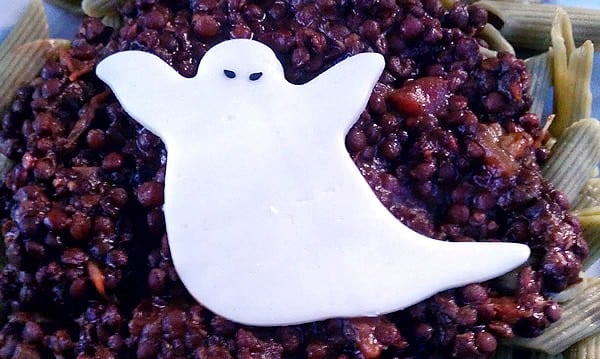 This looks especially spooky over spinach pasta, but it would work well over black forbidden rice too. You can cut out ghost shapes out a slice of vegan cheese. Black sesame seeds or nigella seeds make great eyes! 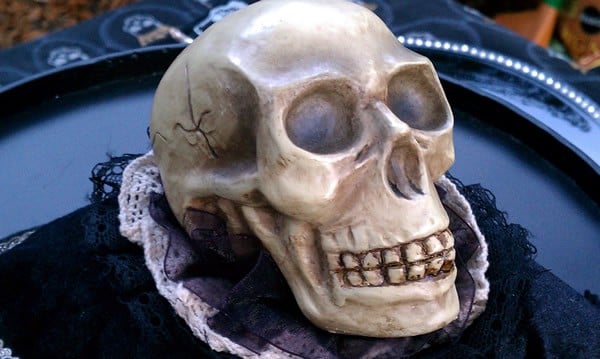 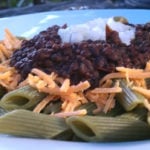 **This recipe uses a smaller slow cooker 1½ to 2 quarts - you can double the recipe and use a 3½ to 4 quart slow cooker
Servings: 2 to 3 cups (3 large servings or 4 small ones)
Calories: 297kcal
Author: Kathy Hester

Share on PinterestShare on FacebookShare on TwitterShare on RedditShare on LinkedInShare on WhatsAppShare on PocketShare on Email
« Free Vegan Menu Plan for Autumn Days
Making Dinner Easy Again: Vegan Meal Plan for 1 or 2 »