This slow cooker recipe makes the best mole mushroom vegan tacos.  It’s the meatless Mexican recipe that you’ve been looking for, but may not have even known it. 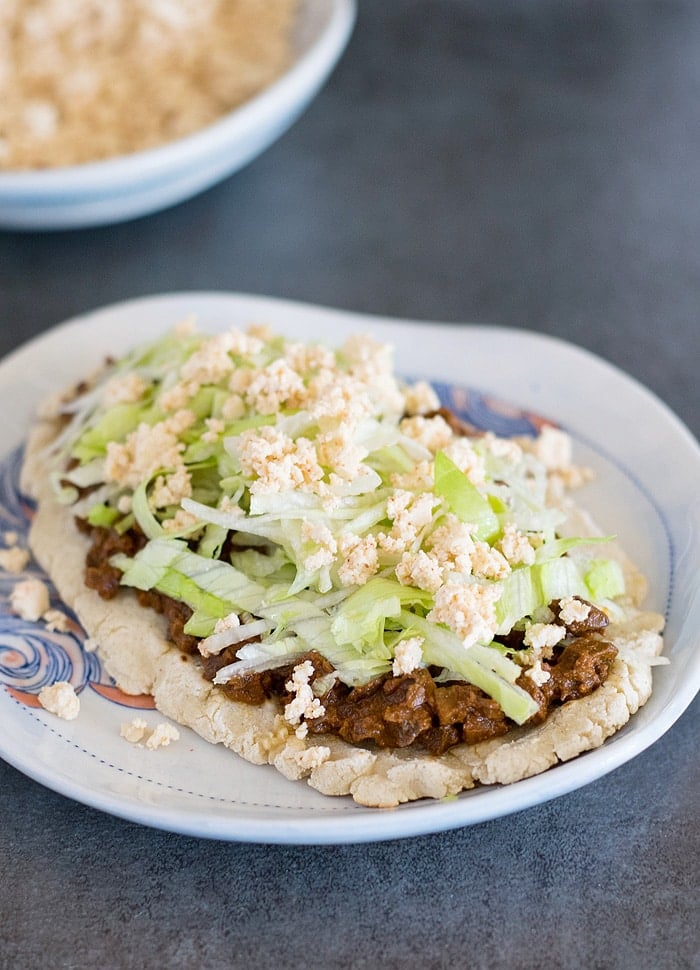 How about a mushroom vegan taco that gets its umami from the “meaty” mushrooms and a rich flavor from the homemade mole sauce? Oh, and it’s a pretty easy vegetarian recipe to make!

We went to Dreams Riveria Cancun Resort a few years ago was beautiful, all-inclusive and luxurious. The buffet restaurant always had plenty of vegan options for me to eat. It was always full of beautiful local fruits that I enjoyed every morning.

Dream’s Mexican and Italian restaurants even had a separate vegetarian menu and it was easy to eat vegan at both. I came back craving Mexican food and with a strong desire to learn about cooking with dried chilies that’s still with me today.

Be sure to try my Vegan Slow Cooker Mole with Potatoes and Beans too, it’s easy peasy! 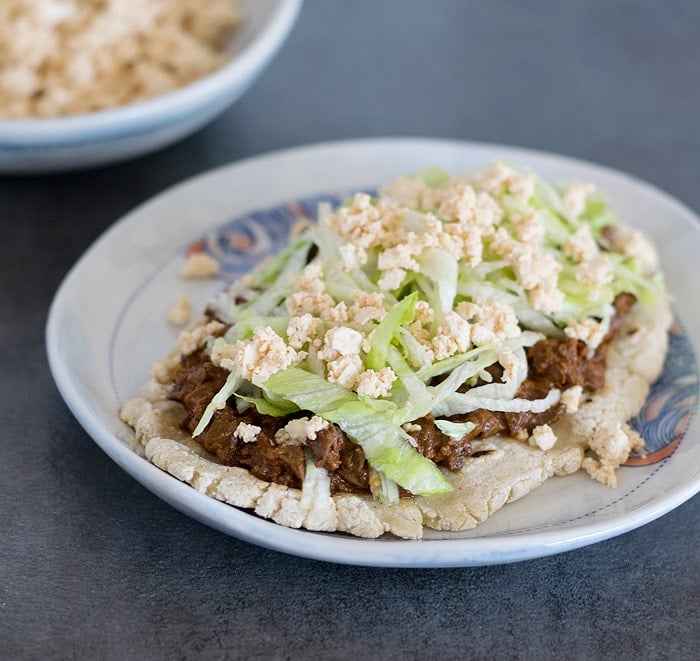 Our last night we ate again at El Patio, the Mexican spot, and had the best meal of our whole trip that inspired this recipe. I learned that huaraches aren’t only sandals, but a homemade thick masa oval that’s the perfect base for Mexican mushrooms. They had a selection of vegan tacos too, including cuitlacoche, or corn smut! They were so good! 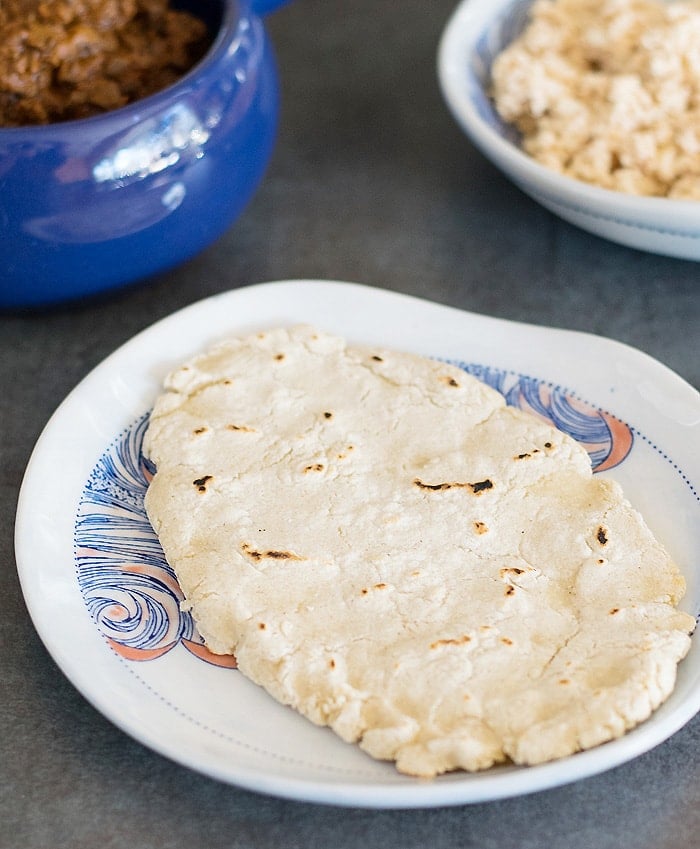 I did my best to replicate the filling below in my slow cooker recipe for mole mushroom vegan taco filling. The base is not your normal corn tortilla, but if you don’t feel like making them you can use the filling in vegan tacos, tostadas or enchiladas.

You can’t buy huaraches where I am, but they are easier to make than tortillas. Since they are thick it requires less finesse than a perfectly round thin tortilla. Just mix up the dough, roll into cigar shapes and then press them down to 1/4 inch thick. (Update: I found some  pre-made at Compare Foods recently.) 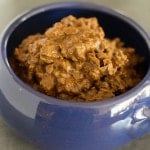 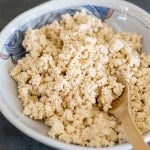 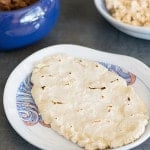 Huarache means more than a tropical sandal. It's also a delicious Mexican dish, that gets its name from that same sandal. Why? Unlike a regular corn tortilla it's not round, it's actually oval.
Prep Time5 mins
Cook Time5 mins
Total Time10 mins
Course: Side Dish
Cuisine: Mexican
Keyword: tortilla
Servings: 8 Huaraches
Calories: 156kcal
Author: Kathy Hester