Vegan Lavender London Fog Popsicles are the perfect way to start your morning on those sweltering summer days when it’s just too hot to think of turning the kettle on. You get the same great black tea, bergamot, vanilla, and lavender flavor as your favorite cup of tea.

It’s been so hot this week in Durham. I’ve been making smoothies and pouring all my drinks into a glass chock full of crushed ice. I keep running out of ice, so I decided to make some Lavender London Fog Popsicles instead. If there wasn’t such a thing as a breakfast popsicle, there is now!

I used my “ice cream cone” popsicle mold for these. Since they are smaller, I had enough mix leftover for 2 large pops too. You can get about any size and shape you want on Amazon, but I’ve had great luck finding popsicle molds at Home Goods and TJ Maxx too.

It’s a hot Earl Grey tea with (non-dairy) milk and vanilla syrup. Earl Grey is a black tea that’s flavored with bergamot and is my favorite hot tea.

I’m crazy for everything lavender, and once I tried it in Earl Grey tea, I was hooked. The lavender flavor melds with the bergamot and makes it even better.

Why is the drink called London Fog?

There’s a cute little story behind the name “London Fog,” and it happened in Vancouver.

Once there was a Buckwheat Cafe. It’s now closed, but long ago, it had a frequent, loyal customer. Her name was Mary Loria.

Mary became pregnant and therefore could no longer drink coffee. She politely asked for an alternative, and the cafe served her a concoction of steamed milk, Earl Grey tea, and a dash of vanilla. The drink later became known as “London Fog,” with the “fog” describing the frothed milk.

Yes it’s cute and there might be other versions of it, but that’s the generally accepted origin story. 😉

What does a London Fog have in it?

As I mentioned above, London Fog is a creative, frothy reinvention of the classic Earl Grey tea. A cup of London Fog contains Earl Grey tea, vanilla syrup, and steamed milk. Sometimes—and in my recipe here—you’ll also add some subtle hints of lavender.

What is a London Fog called in London?

The term “London Fog” is currently known worldwide, so it might as well be called London Fog in London. But, it may also be known as “Vanilla Tea Misto” or “Earl Grey Tea Latte.”

Does Starbucks have London Fog?

Starbucks has the London Fog Tea Latte, and in some branches, this would be an Earl Grey Tea Latte. The drink contains black tea, bergamot essence, lavender seeds, vanilla syrup, and steamed milk.

Notice the lavender there? So yup, my London Fog popsicles should taste close to this Starbucks special, except that well, mine’s a frozen pop.

What are the benefits of drinking Earl Grey tea?

Earl Grey tea, also known as bergamot tea, is made with black tea and bergamot citrus extract. Both bergamot and black tea are high in antioxidants. And that’s really great news because antioxidants help reduce the risks of heart disease and cancer!

By drinking Earl Grey tea, you could also lower your cholesterol levels and blood pressure. Your digestion could even improve, thanks to the antioxidant-rich compounds in Earl Grey.

Apparently yes, Earl Grey can promote weight loss. It’s one of the most popularly believed effects of drinking this tea.

One probable reason is the citrus extract in Earl Grey, which is from the bergamot. Citrus can boost your metabolism and help speed up the fat-burning process in your body.

Another factor is Earl Grey’s black tea content. According to research, the polyphenols in black tea may be good for weight loss—thanks to their ability to boost the breakdown of fat. 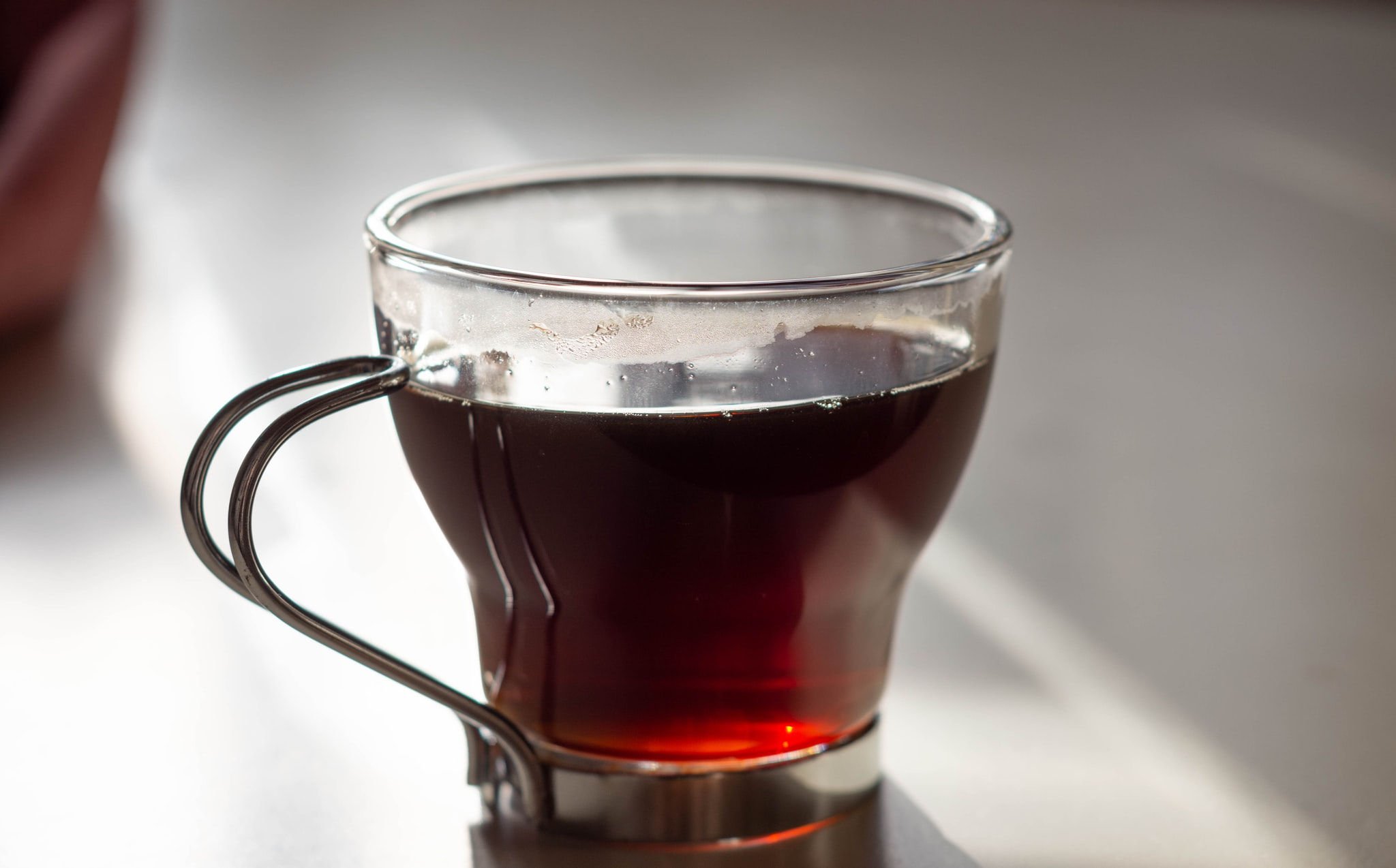 Is Earl Grey tea good for you?

Earl Grey tea has a long history of popularity, but the tea alone has limited minerals and nutrients. It contains iron, potassium, magnesium, riboflavin and, folic acid, albeit only in low concentrations.

That said, Earl Grey has a great potential for helping with weight loss (as I explained above). It may also boost your heart health, thanks to its black tea content. If you have some cholesterol concerns, the bergamot extract in Earl Grey may help lower your LDL cholesterol. 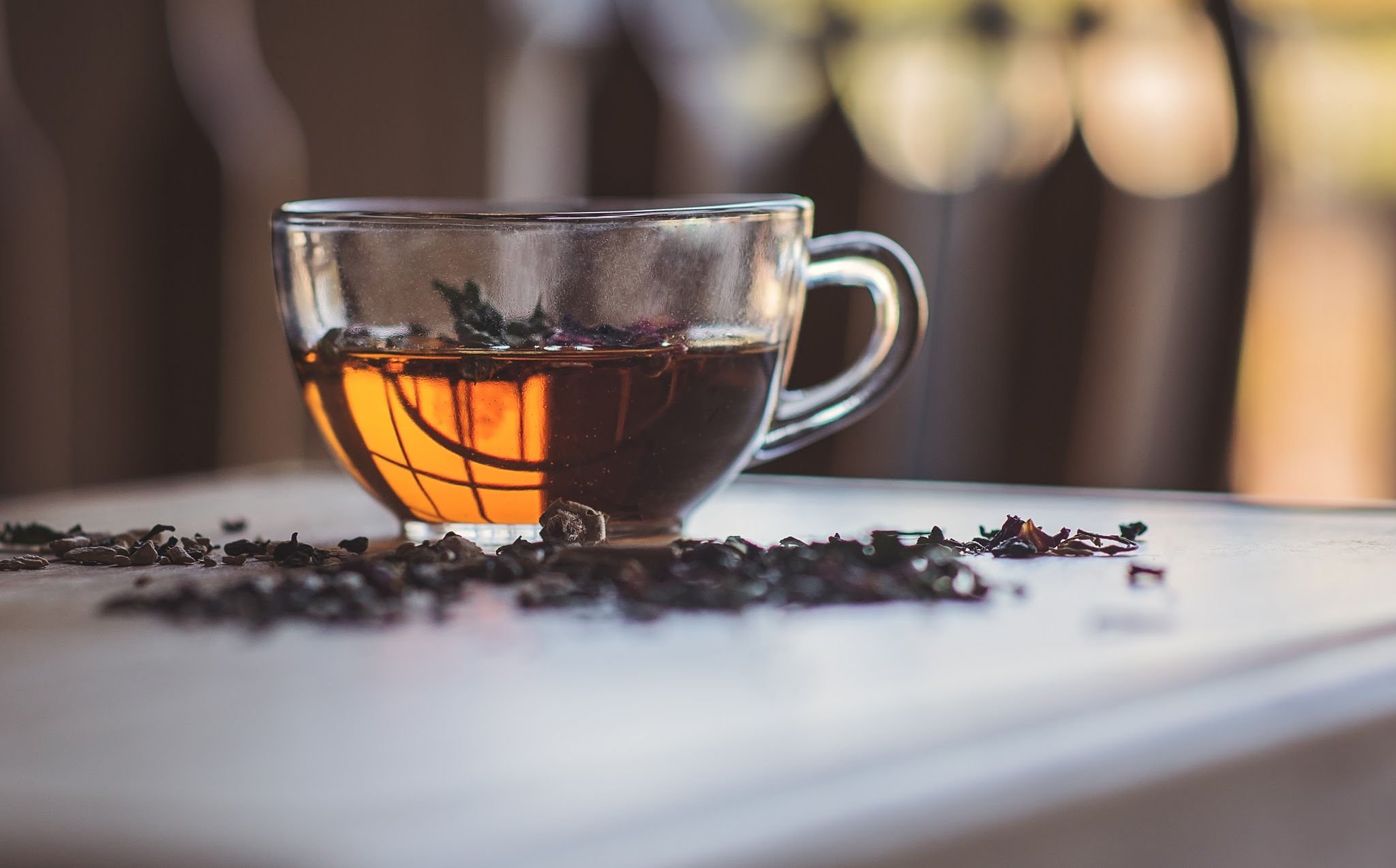 Does Earl Grey always have lavender?

I’m adding lavender for this London Fog popsicle recipe because I love its floral flavor mixed with the tea.

Can you put Earl Grey tea in the refrigerator?

You can brew Earl Grey tea and keep it for up to 4 days in the fridge. Just make sure to store it in an airtight glass jar or pitcher.

It works beautifully for an iced tea, and in the summer, we even cold brew the tea by adding a few tea bags to a pitcher with cold water. Let it sit for a few hours, usually 6 – 12, depending on the type of tea that you use, then remove the tea bags and drink over ice.

But if you have loose Earl Grey tea bags and tea sachets, it’s best to keep them inside an airtight container and away from odors, heat, and humidity. Avoid keeping tea bags in the fridge. The condensation inside can change the quality and taste of the tea.

Commercially packaged tea bags will usually retain their best quality for about 18 to 24 months. But, if you’ve stored them properly and in airtight containers, tea bags can stay good for up to 6 to 12 months more after their best-by date.

But if it smells good and there’s no sign of moisture or mold, you can probably still use them after that. The worst issue would be that your tea flavor might be a little weak, so just pop in an extra bag or teaspoon of loose tea.

You could try a thick slice of vegan banana bread with some pecans in it or a nice strawberry scone. It works well when you’re having either a hot cup of Earl Grey or its opposite, iced pop version.

Is Earl Grey good with milk?

Yes! The fact that London Fog exists is evidence of that. But of course, as you know, not everyone loves their tea with milk. But I love to add soy or oat milk to my cuppa, though sometimes I’ll treat myself to Califia’s vanilla creamer.

Still, Earl Grey has all kinds of devotees, so it’s no surprise to see many different ways to drink it. My British friends would enjoy their Earl Grey sweetened and served with a squeeze of lemon. They rarely use milk.

Here in the United States, it’s already pretty common to serve Earl Grey with milk, although I also know some people who would prefer to leave the tea as it is.

What tea does the royal family drink?

Interesting question. I heard Queen Elizabeth enjoys Earl Grey, Assam, and Darjeeling teas without sugar but with a splash of milk.

That leads me to think my Lavender London Fog Popsicles are quite the royal thing—one big reason for you to try it, too!

What ingredients do I need to make Vegan Lavender London Fog Popsicles?

You only need five ingredients, so this popsicle recipe would be very easy to prepare.

How to make a lavender London Fog popsicle

You could finish prep time within a couple of minutes. Do it in the evening, and by morning, you’ll have your “breakfast popsicles” ready!

I know you’d want more ice pops to help you beat the heat, so I guess these Vegan Chai-Spiced Banana Popsicles could make it to your favorite list.

If you want something more tropical, you might love this Vegan Pineapple Mojito Rumsicle recipe instead.

But you know what, why don’t you check out these Ginger Red Bean Pops so you’ll have a total of three more options?

I think this would be your best summer yet. 😉

For your non-dairy milk, you can use any sort. Soy, coconut, almond, cashew, hazelnut, hemp, and oat milk are great options.

If you want to make these pops for your kids, you'd want to use decaf or herbal tea.

As an Amazon Associate and member of other affiliate programs, I earn from qualifying purchases. 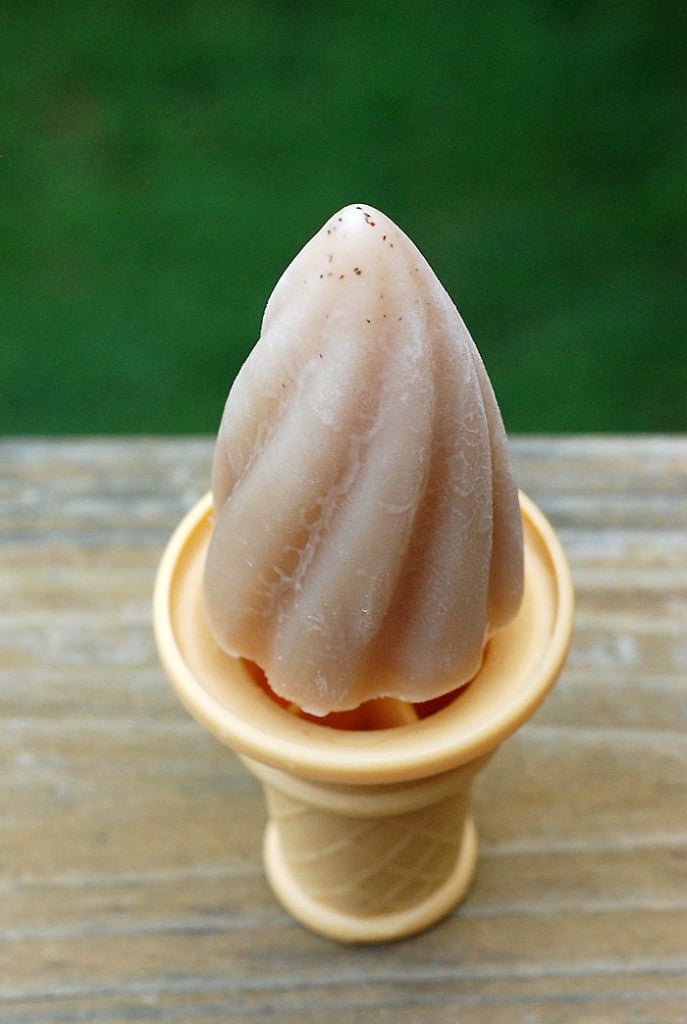