These Spiralized Vegan Latkes will be the hit of your holidays. They have potato but my vegan latke recipe adds in cabbage and apples too. Plus it gives you an excuse to use your spiralizer! 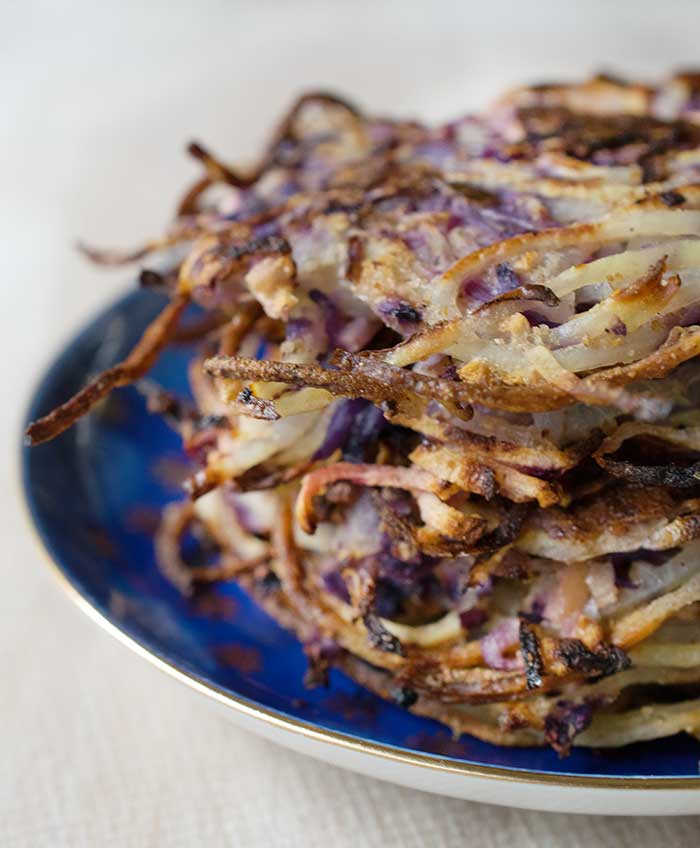 Vegan Potato Latkes have always been a favorite of mine. I love the traditional Jewish ones, but they always seem like a lot of work. So I went rogue and made mine with a spiralizer!

This is another in my series of posts sponsored by the Idaho Potato Commission. I’m always amazed at how versatile and healthy potatoes are!

Table of Contents show
1 Are Potato Pancakes and Latkes the Same Thing?
2 Which is the Best Vegetable Spiralizer?
3 What is Traditionally Served with Latkes?
4 So These Are Cabbage Latkes?
5 Can I Make Latkes Oil-Free?
6 Spiralized Vegan Latkes with Red Cabbage and Apple
6.1 Ingredients
6.2 Instructions
6.2.1 Nutrition Information
6.3 Did you make this recipe?
7 More Potato Recipes to Try

Are Potato Pancakes and Latkes the Same Thing?

The potato pancakes I grew up on were made of leftover mashed potatoes and latkes are traditionally made with grated potatoes.

Which is the Best Vegetable Spiralizer?

The one I use is the Paderno World Cuisine 6-Blade Vegetable Spiralizer. I’ve seen plenty at thrift stores as well, and pick them up often for my friends. 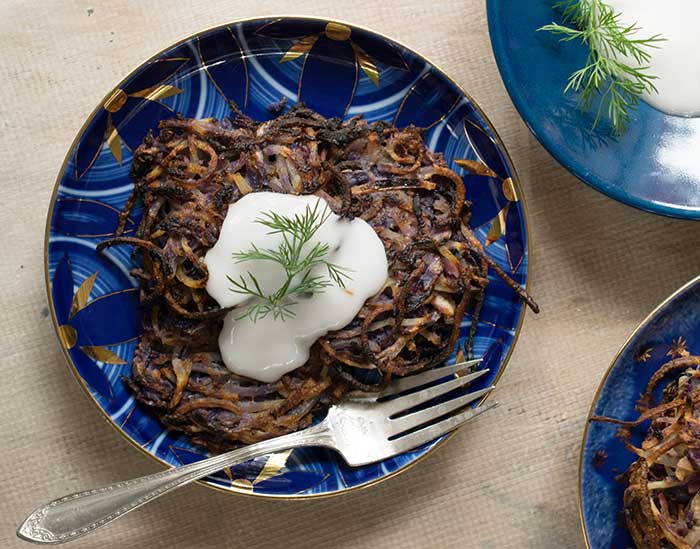 What is Traditionally Served with Latkes?

Sour cream and applesauce are what you usually find topping vegan potato latkes.

I also wanted to make something a bit different so I added red cabbage and apple into mine. Typically, I would serve a red cabbage dish with latkes and smother them with applesauce. This makes it an all-in-one meal!

So These Are Cabbage Latkes?

Well, there is cabbage in them as well as apple and onion. But in my mind this recipes is still in the potato latke family.

With that said you could use all cabbage and leave out the potato to make this into a red cabbage latke recipe. 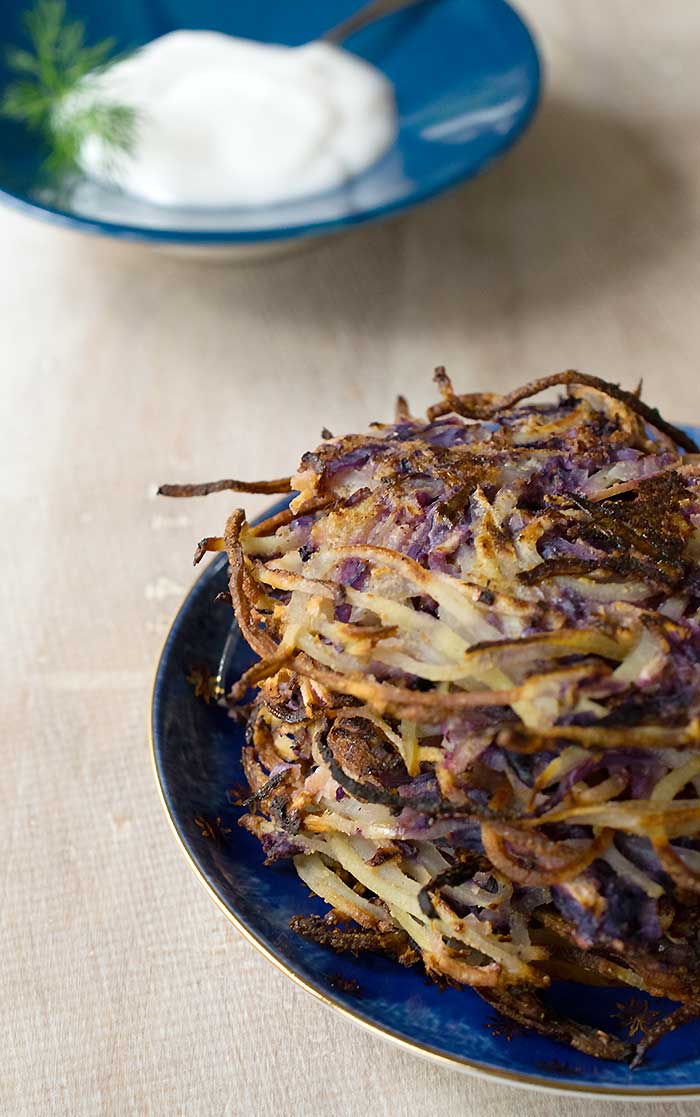 Can I Make Latkes Oil-Free?

I cooked these a variety of ways, and the oiled baking sheet method in the recipe worked the best of all of them. You can make them oil-free by baking them on parchment paper.

Please note they didn’t get as crispy and took a little longer to cook, so I’d pat them down so they are thinner and cook on 475 degrees if don’t want to use any oil. 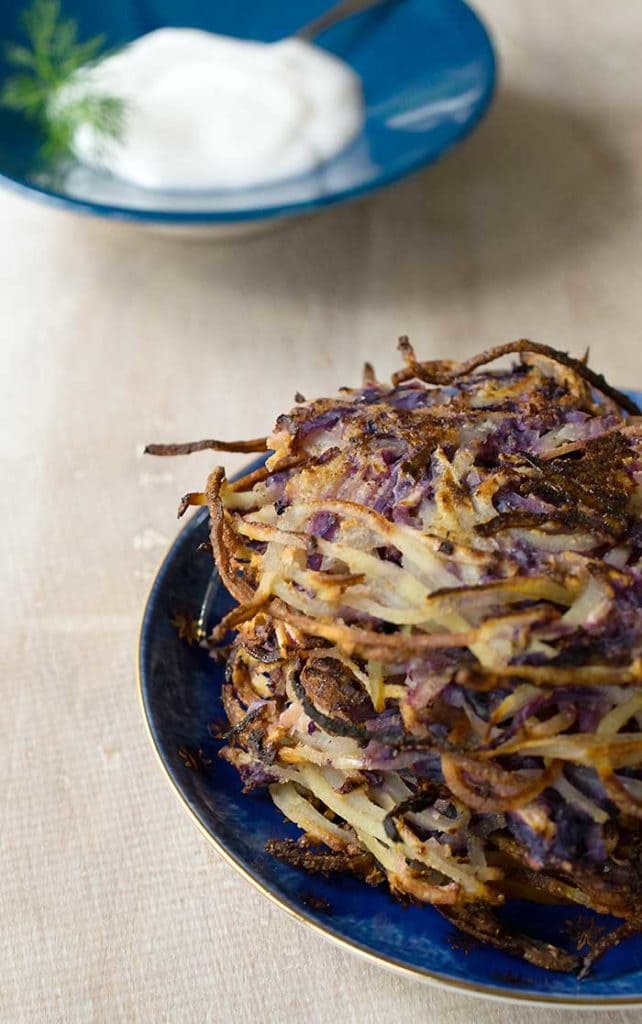