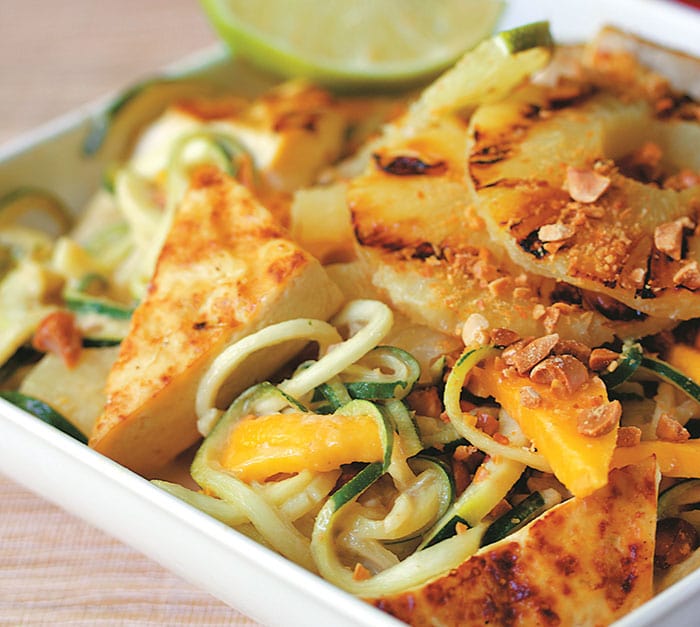 I have a spiralizer recipe for you today! It’s Vegan Pad Thai Salad over Spiralized Zucchini from The Little Vegan Cookbook. It’s a compilation cookbook from Fair Winds Press that includes recipes from 10 different authors.

I really wish they credited each recipe in the book with the author’s name and the book it came from. That would make it easier to go back and buy more books based on the recipes you end up loving. The authors do receive royalties from book sales, but I think Fair Winds could sell more books if they clearly stated where each recipe was from. It was probably because of space, but it was still a lost opportunity.

But you can find out where many of the recipes are from. A quick google search let me know that the recipe I’m printing today is originally from Great Gluten-free Vegan Eats by Allyson Kramer. I love her, so it comes as no surprise, and I recommend that you take a look through her books.

Get the Recipe for Vegan Pad Thai Salad over Spiralized Zucchini 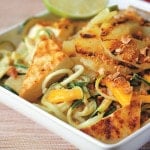 I love Allyson's recipes and this perfect summer recipe is originally from her book, Great Gluten-free Vegan Eats. This salad is similar to pad Thai, but made with raw zucchini “noodles.” It’s hearty enough to serve as a meal because it contains grilled pineapple and tofu.
Servings: 4 servings
Author: Allyson Kramer

FOR THE TOFU MARINADE:

FOR THE ZUCCHINI NOODLES:

FOR THE SALAD DRESSING:

More About the Book

The book is full of 500 recipes, so you’ll never be at a loss for what to make for dinner, breakfast or dessert. There are photos, but they are not with each recipe, but in collages in a few pages clustered in the chapters.

It is also a smaller size than most cookbooks with smaller print. If you have trouble reading small print, I’d suggest buying the e-book version, so you can adjust the size on your e-reader. That’s why I love my ipad, but some of the Kindle Fire Tablets are less than $50 if you have been thinking about getting one. 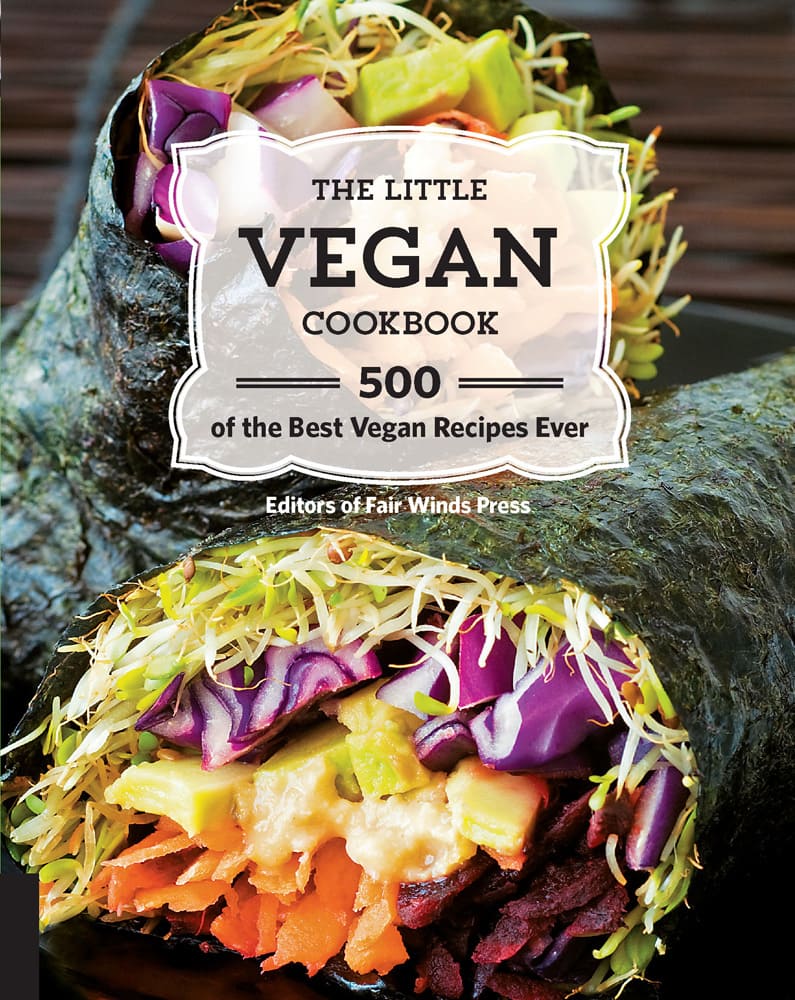 Share on PinterestShare on FacebookShare on TwitterShare on RedditShare on LinkedInShare on WhatsAppShare on PocketShare on Email
« Have a Vegan Picnic for Memorial Day or 4th of July!
7 Vegan Sandwich Recipes that Can Save the Day! »