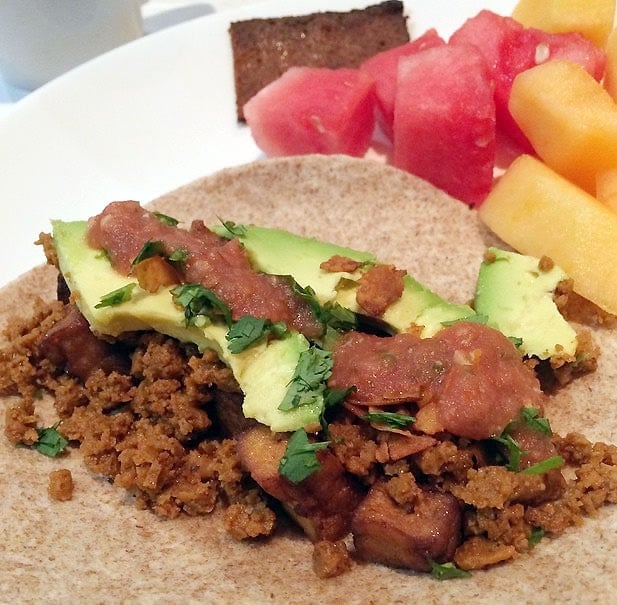 I just shared a touch about my experiences in Vegan Austin part 1 and I’m back with part 2. Today I’m focusing on the vegan blogging conference, Vida Vegan Con. There was just so much great food to choose from and lots of tacos too!

There will be a third part about my Austin vacation with my friend, Dawn. There will be even more food in it, but I promise it will be about different restaurants. I’m planning a trip back with Cheryl and I bet I still won’t be able to try all the vegan delights there! 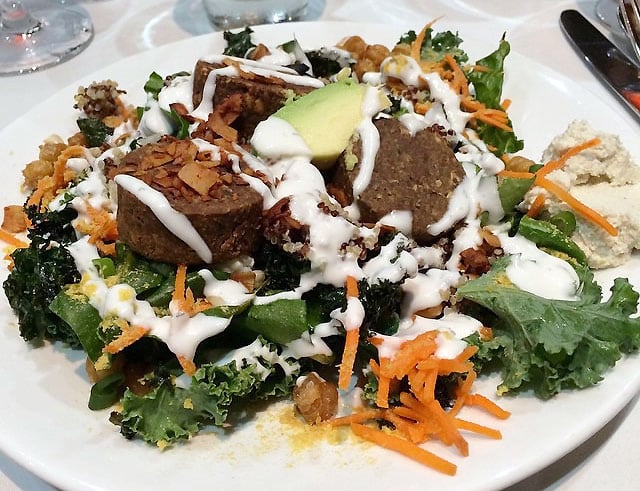 The top photo is my first Vida Vegan Con breakfast taco filled with Upton’s seitan chorizo and the photo right above this is my lunch. Yes, that is a kale salad topped with vegan sausage, vegan bacon crumbles, avocado and ranch. The buffet at the conference were full of delicious choices and had allergy friendly items marked. 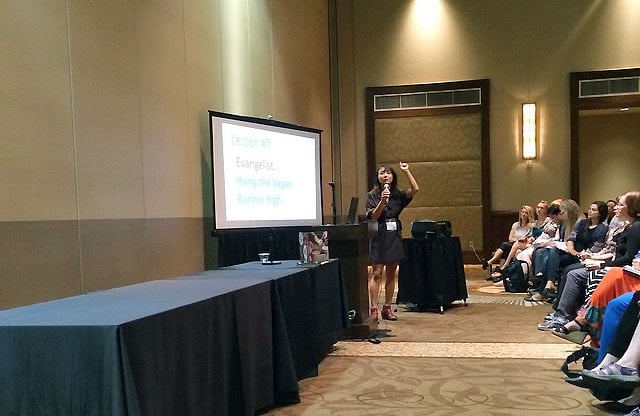 There was more than food at Vida Vegan as Miyoko Schinner gave an amazingly inspirational session on: Exploits of a Veganpreneur: Experiences & Lessons Learned Through Growing Multiple Vegan Businesses; including her current venture, Miyoko’s Creamery. I left there feeling excited and ready to tackle some new ideas that I have for the blog and beyond. 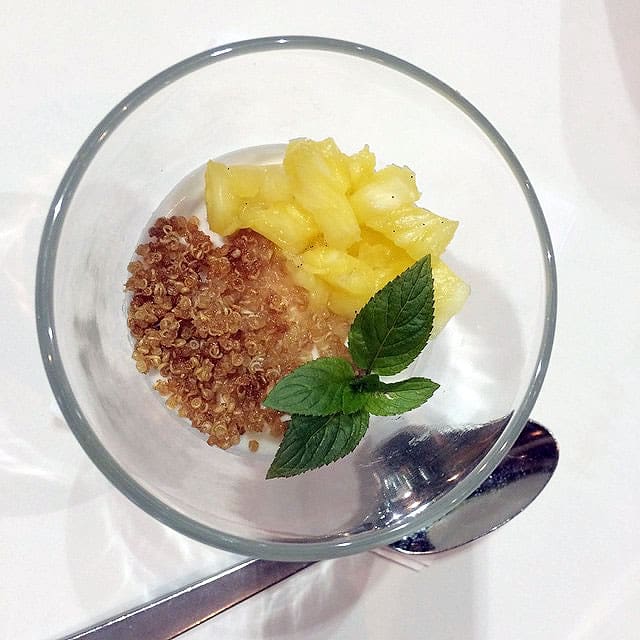 But before this gets too heavy – here’s a delicious vegan panna cotta picture for you. I had one each day at lunch. The toasted,  crunchy quinoa was really interesting. I want to try that at home and maybe make some quinoa granola bars. 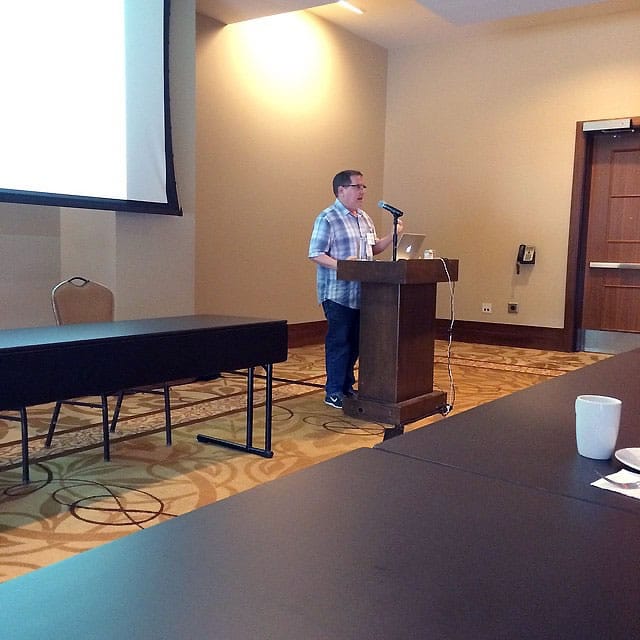 One of my favorite food writers, Grant Butler, also did a session called: Breathe New Life Into Your Writing. He writes for The Oregonian and is a vegan too. His presentation was full of great advice and peppered with his great sense of humor.

More tacos and these were from lunch. I want to make both of these at home, so don’t be surprised if taco recipes start showing up on the blog soon!

In my last post I showed you the pet pigs that live behind the BBQ Revolution, but now I have a photo of the food, too. I had a mixture of seitan brisket and soy curls with bacon ranch pasta salad and potato salad.

I really wish there was a food truck like this in Durham because I would eat there all the time. It reminded me a bit of Homegrown Smoker BBQ in Portland, only with slightly tamer food.  By that, I mean that they don’t have a mac and cheese BBQ burrito – not that the spices at BBQ Revolution are tame. I loved their sauces and their hot sauce means business! 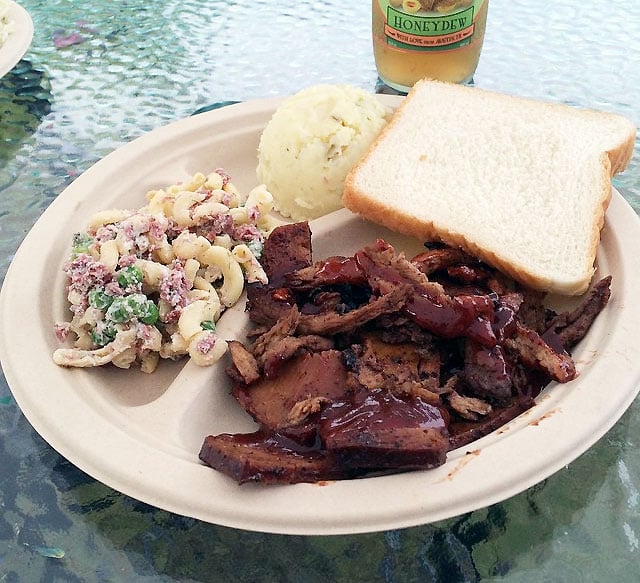 I went to Counter Culture twice. The first time was with Susan Voisin of Fat-Free Vegan.

I got the Southern Seitan and Gravy both times and still didn’t get a single photo to turn out. It’s not a pretty dish, but it was luscious. The seitan texture was softer, close to a veggie loaf, but still had a little of the springiness you expect from seitan. 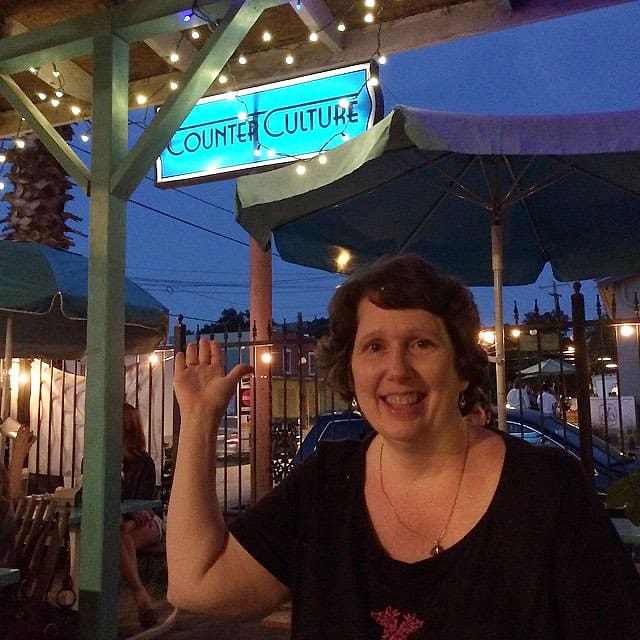 The second time I went with Dianne Wenz, of Dianne’s Vegan Kitchen,  and Jenna Prochilo who writes Good Good Things. 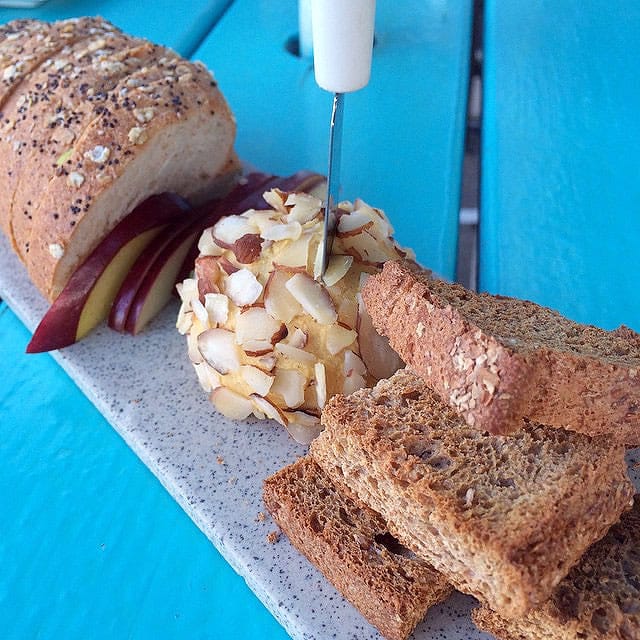 We shared a fig pizza with vegan goat cheese, a vegan cheese plate and I got a bite of the sauerkraut sausage sandwich. I took home a piece of the coconut pie which never got photographed – but it was all I hoped it would be. 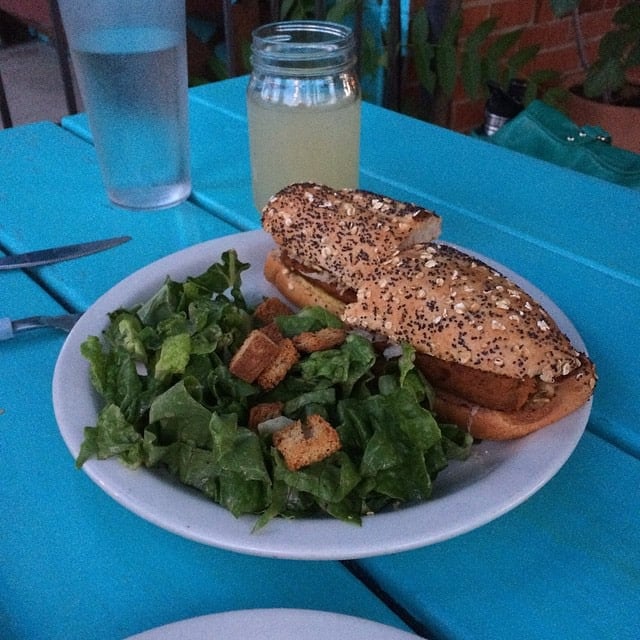