Home » Book Review » Review of Baconish and a Recipe for Vegan Coconut Bacon! 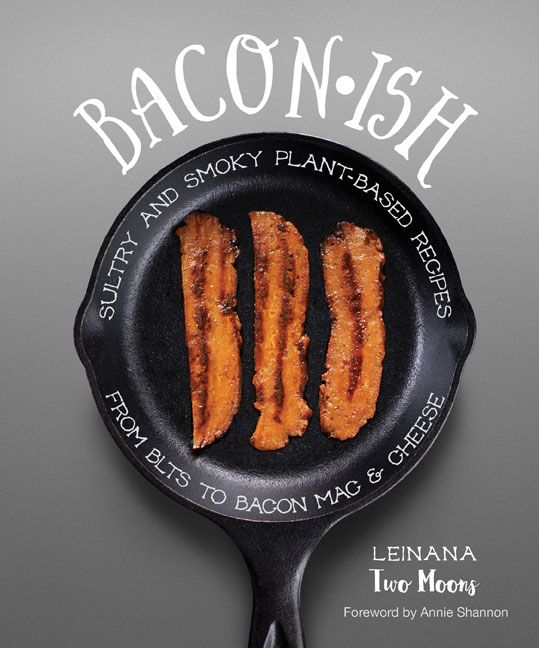 I can’t tell you how many times I’ve heard I could go vegan except for giving up cheese and/or bacon. With Food and Wine magazine saying it’s the year of vegan cheese, I feel like that part has been taken care of by our inventive vegan recipe developers and cheesemakers. Baconish

by Leinana Two Moons will take care of your smoky, crispy and salty cravings. Vegan bacon for everyone!

There is an array of vegan bacon recipes that start the book off using several ingredients. Think seitan, tofu, tempeh, coconut, eggplant, mushroom, carrot, chickpeas, and more – at least a few of these will fit into your diet no matter how specialized it is. 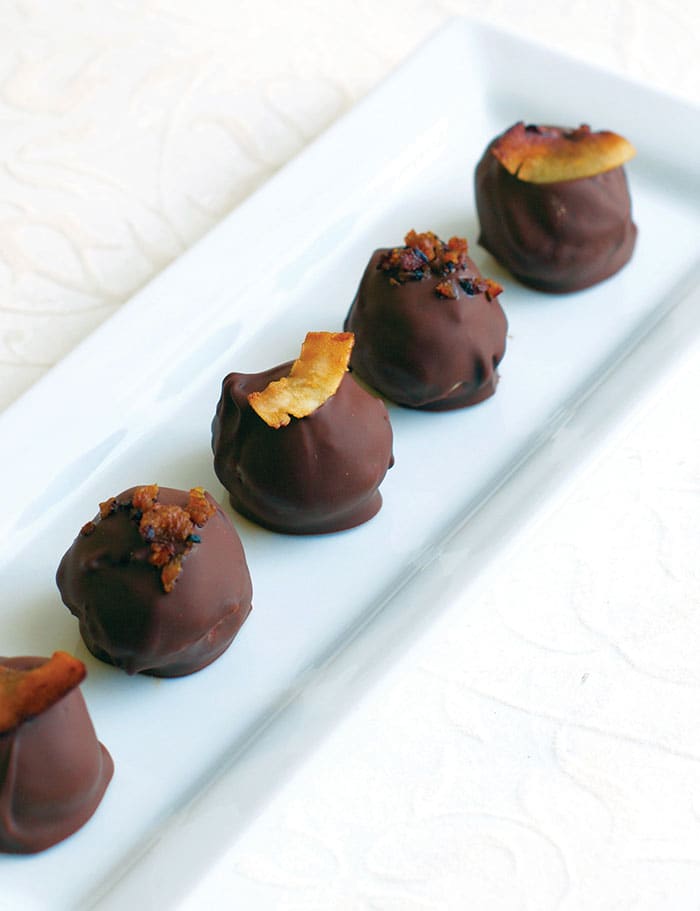 Before you think this is just a book of vegan bacon recipes, there are recipes that use these delicious morsels in all kinds of ways. There is a whole chapter of desserts and that including the chocolate-peanut bacon truffles in the photo above!

A few of the other recipes that I can’t wait to try: Chocolate Chip Coffee Cake with Cherries and Bacon, White Bean and Bacon Soup, Cobb Salad with Eggplant Bacon, Bacon-Wrapped Asparagus, and the Tofu Bacon Carbonara. 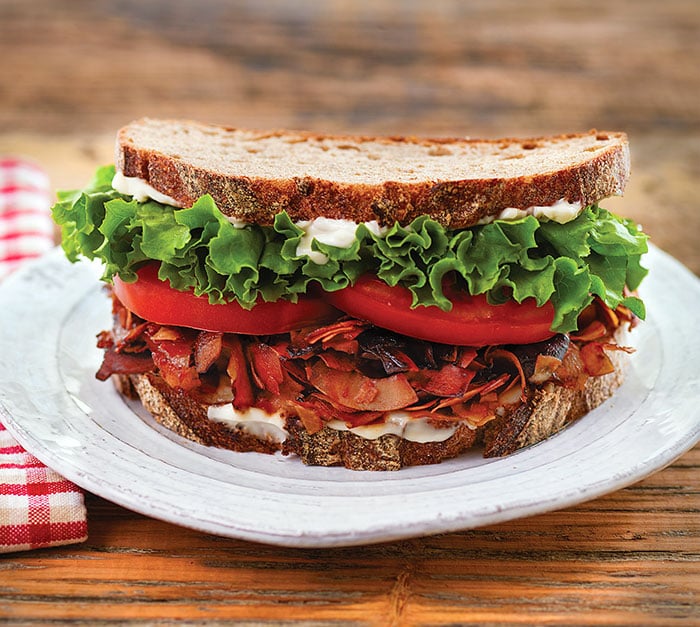 I did make the recipe for the coconut bacon and it’s so simple. You probably have the ingredients in your pantry right now. The only thing you have to watch out for is not to cook it for too long. It burns fast!

I did not have the beautiful thick shreds of coconut that she used, but I was able to use my thinner fancy unsweetened coconut shreds in the recipe. If you do this make sure to cook for 6 minutes, stir and then cook about 4 more minutes. That’s because these will burn faster than the wider kind. 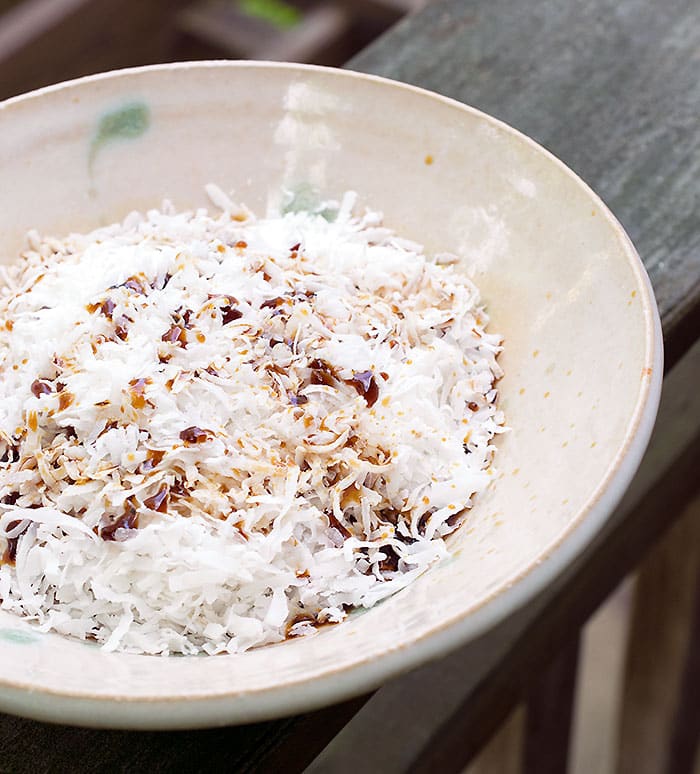 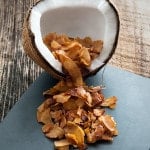 This recipe will make any vegan-bacon skeptic a true believer. It is my absolute favorite bacon to use for the best BLTs ever. (From Baconish © 2016 by Leinana Two Moons. Used with permission from Vegan Heritage Press.)
Servings: 6 servings
Calories: 321kcal
Author: Kathy Hester