is quickly becoming Cheryl’s favorite. The subtitle is Good Food for Bad Vegans and it is full of fun and decadent recipes that are a great way to let down your hair.

I knew Cheryl would be head over heels in love with this breakfast pizza – and I was right! Who wouldn’t be enticed by a biscuit crust pizza with gravy sauce and tofu scramble topping on a weekend morning? 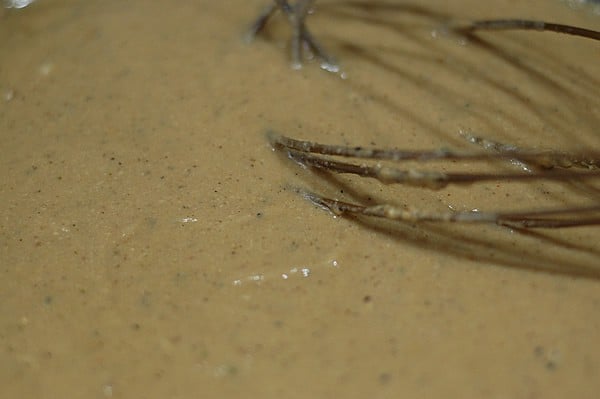 The gravy is a base of Earth Balance, soy milk and veggie broth flavored with sage. and soy sauce It’s very rich and I will use this recipe again on other gravy-worthy foods like veggie patties and mashed potatoes. 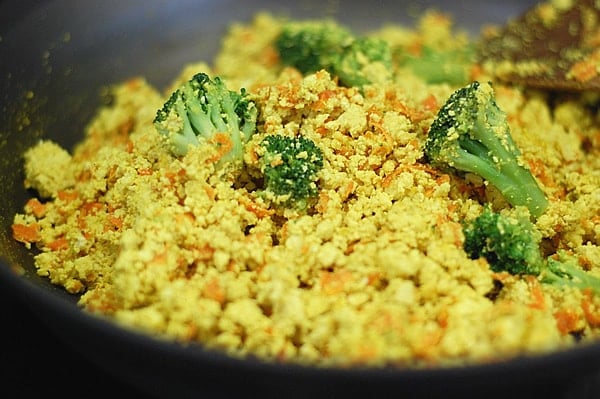 The tofu scramble is easy to throw together, and if you go in order of the recipe you’ll make it right after the gravy. I’m an over-achiever and made them at the same time, but it’s not like you have to get that much ahead. Plus, they don’t need to be piping hot since you’re baking it on the pizza before you serve it. 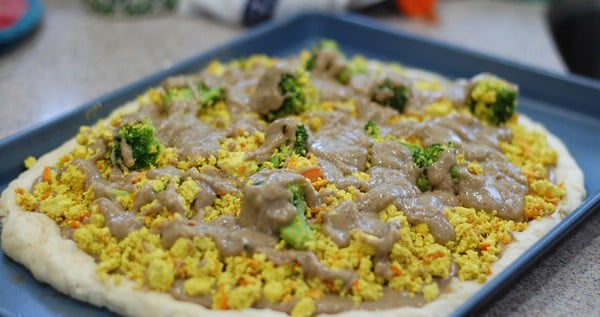 I made this in the morning way after I needed to eat, so I made a few mistakes. I will say this recipe is super forgiving, even though I’m not telling you to go off the instructions. I didn’t pre-bake the crust and poured the extra gravy over the pizza before I baked it.

It was delicious, the crust cooked up perfectly and there was plenty of gravy to flavor every breakfasty bite! 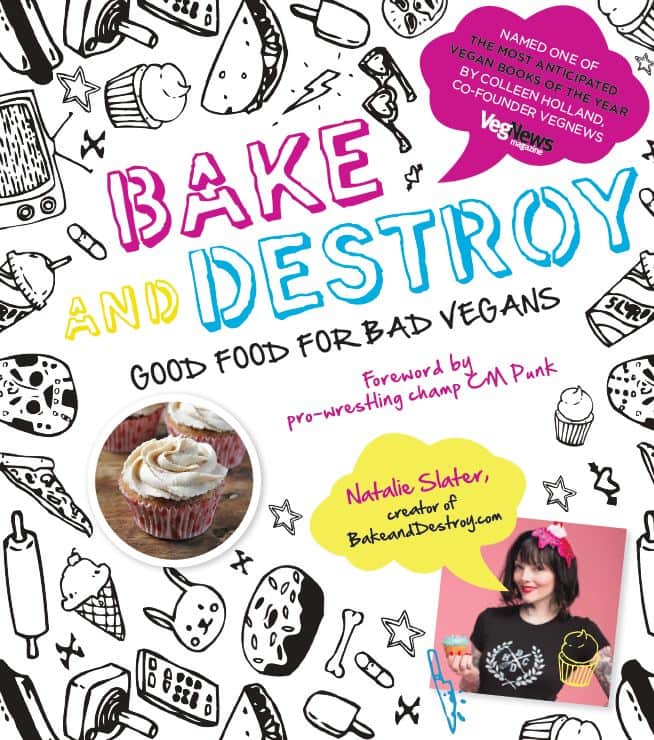 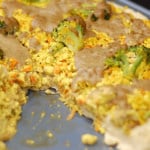 Print Recipe
No ratings yet

Breakfast Pizza from Bake and Destroy

Share on PinterestShare on FacebookShare on TwitterShare on RedditShare on LinkedInShare on WhatsAppShare on PocketShare on Email
Previous Post: « Be Different and Drink Sweet Potato Spice Frozen Lattes
Next Post: Autumn Salad with Hazelnut Balsamic Dressing and Another Roland Foods Giveaway »