The slow cooker was made for soups. I cook these 7 Vegan Slow Cooker Soups all winter and I think you’ll enjoy them too. 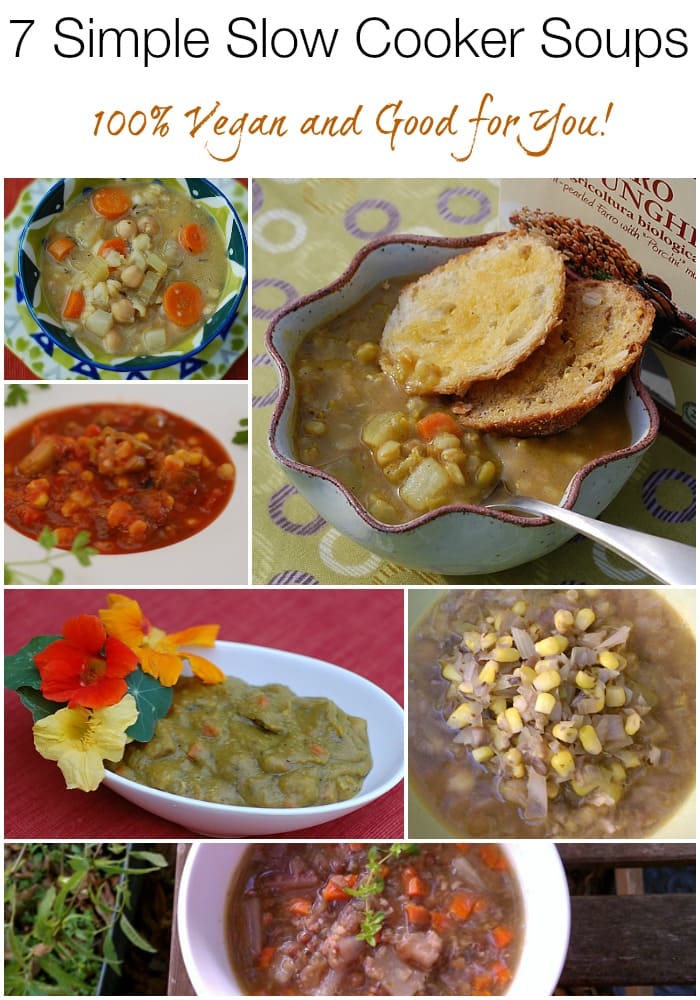 If you just got a new crockpot for the holidays, a soup is one of the best recipes to use for your test run, because you’ll have less problems if it runs hot because of the amount of liquid that’s already in the recipes.

What’s your favorite winter soup? Do you make it in your slow cooker? 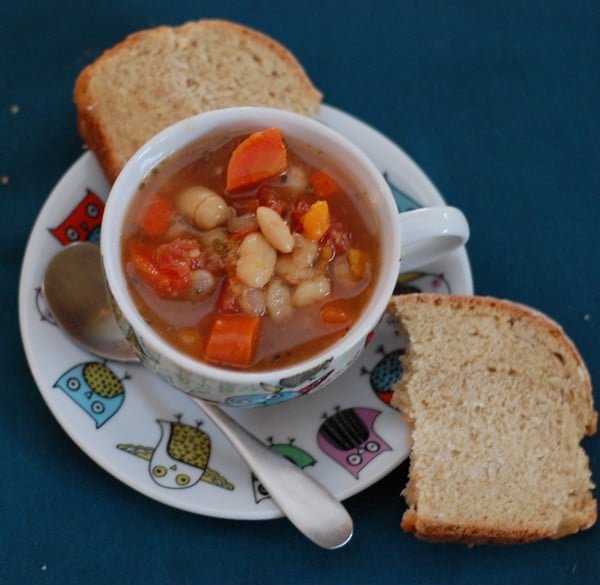 Super Easy Slow Cooker White Bean Veggie Soup uses  4 or 5-quart slow cooker, but should work in a 6 quart too. It also uses dried beans – making it budget-friendly too. 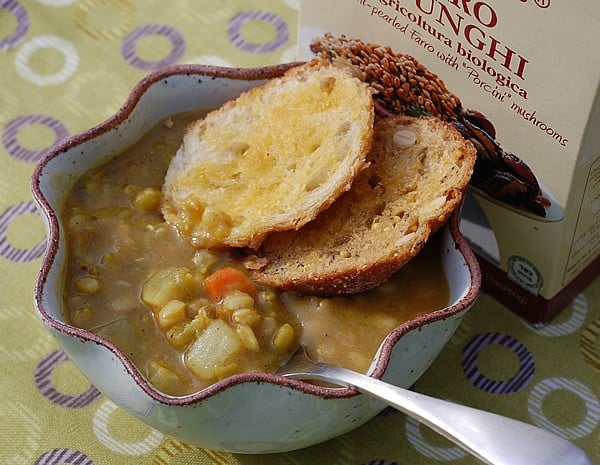 Farro and Split Pea Soup makes about 4 servings in a 4 quart slow cooker. You don’t need to have specialty farro and could even use barley or millet in its place. 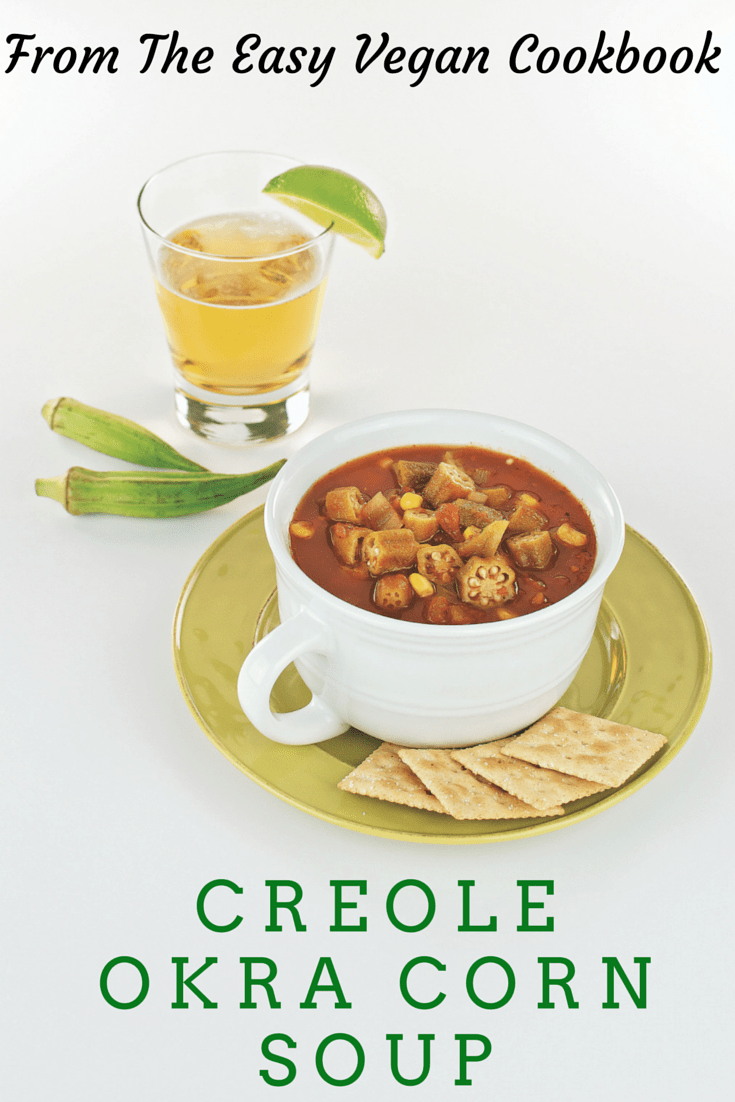 Granted, this soup doesn’t look like much. Even the ingredients are simple in this Asian Corn Cabbage Soup. This is one case where the ‘whole’ is more than its parts. This is a must try! 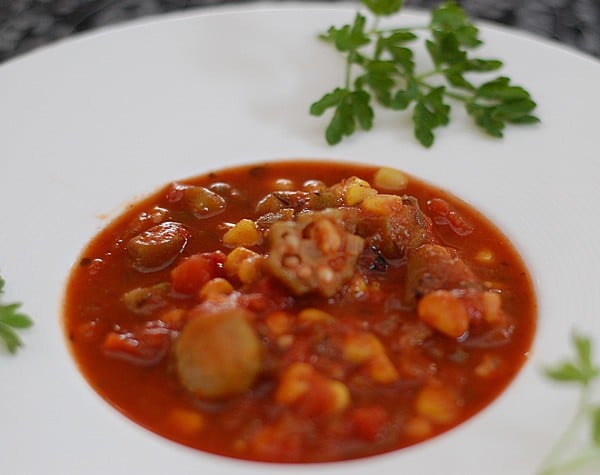 Creole Corn and Okra Soup is a bowl of warmth and comfort. It’s great after a long day at work and keeps well in your slow cooker if you end up in one of those meetings that last forever.

Feeling a little under the weather? This Get Well Quick Chickpea Soup is just the thing you need. It uses Kamut but will work with wheat berries, barley, oat groats, even millet, if that’s what you have on hand. Keep a few servings in the freezer so you’ll be prepared for a cold later on. 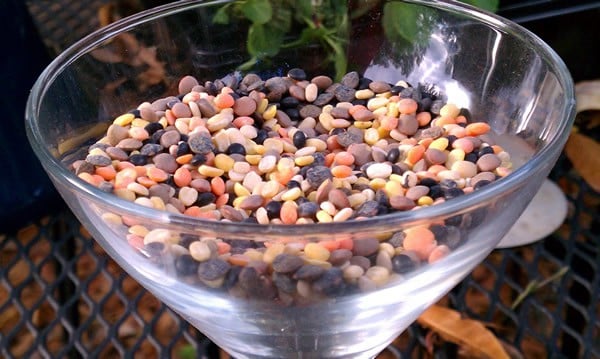 This is a basic lentil soup recipe. I used a fancy mix of lentils, but it’s still a brown soup in the end, so you can use what you have in your pantry right now. 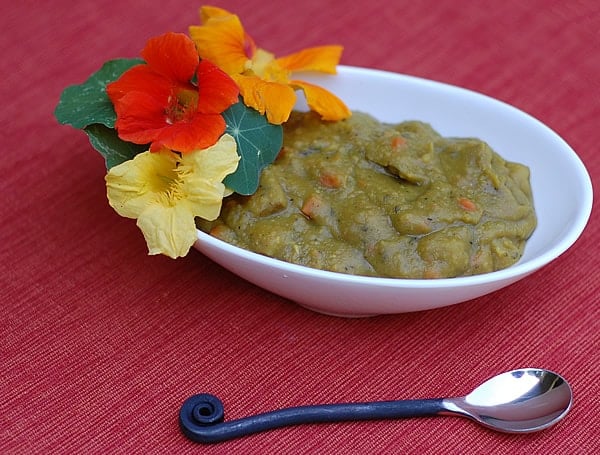 Want to make just enough soup for two? This thicker than fog split pea soup cooks up in your 1 1/2 to 2 quart slow cooker. Remember that you can cut the other recipes in half to modify them for your smaller slow cooker. Alternatively, you can double this one to serve a larger family.

What’s your go-to soup? Do you have one that you like to eat when you don’t feel good?