Happy New Year! I thought you could use some Budget Saving Slow Cooker Staples add into your kitchen this year. They are easy to make and inexpensive like homemade vegetable bouillon, cooked dry beans, refried beans, and DIY winter squash puree. 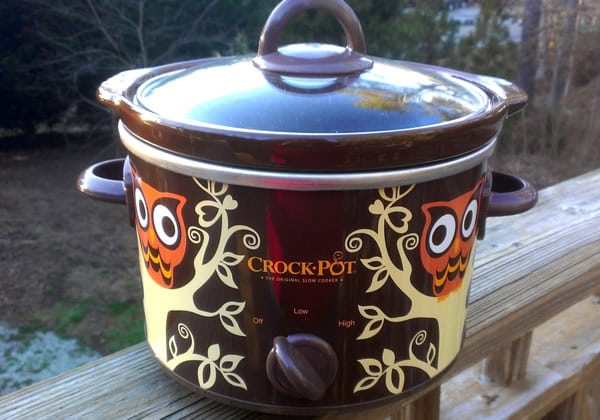 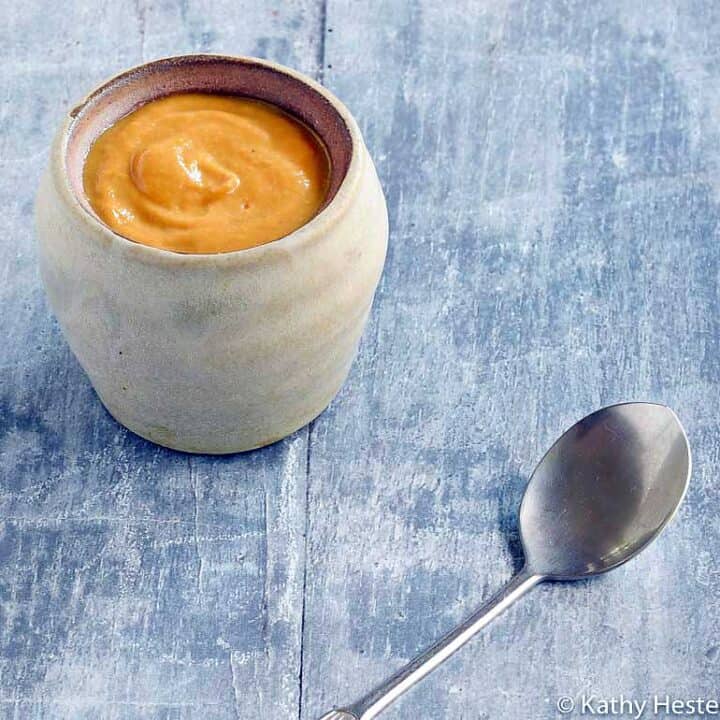 Making your own bouillon saves a ton of money and adds lots of flavor to cooked grains, soup and stews. You can make it in your slow cooker or even your oven if you’d like to warm up the house a little while it’s still cold.

I actually found a bunch of celery for 50 cents on the reduced produce shelf of the grocery so I made a huge batch to freeze. Get the free-form vegetable bouillon recipe – it’s a must make. 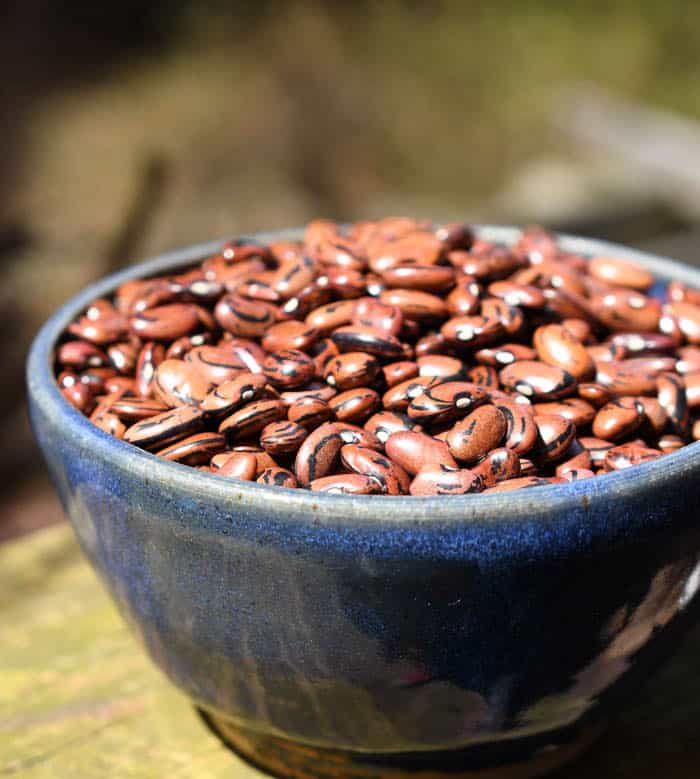 Buy dried beans and cook them in your slow cooker . It will save you so much money over the course of a year.

I admit I always have a few cans on hand for last minute recipe ideas, but it’s always cheaper to cook them from dry.

I also have beans that you can’t buy in cans cooked up and frozen in 1 1/2 cup portions in the freezer. Mother Stallard beans, runner beans and others, can be made into a quick soup or stew this way.

Be sure to make my recipe for Beyond Easy Slow Cooker Beans – 1 1/2 Quart Version and see how easy and cheap it is for yourself. I buy Rancho Gordo heirloom beans with the money I save. 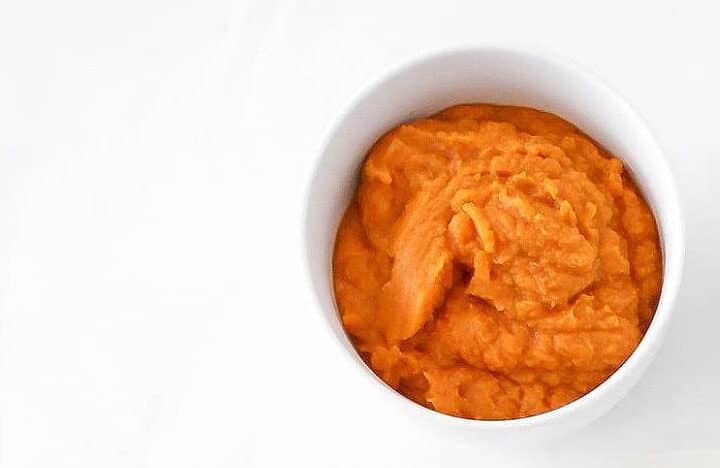 It may seem off-season to talk about cooking pumpkin but  you may still have a winter squash or two on hand. You can slow cook them by just poking a few holes in it and slow cooking, let it cool, scoop the seeds and scrape out the good part.

Freeze in 1 1/2 cup portions and you have the same amount that’s in a can or in 1/2 cup portions to drop in your slow cooker oats. Step by Step Slow Cooker Pumpkin Purée has the instructions with photos to get you started. 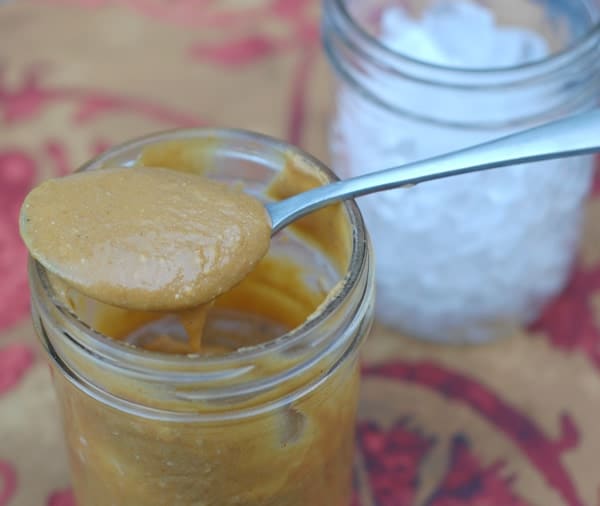 You can put that puree to good use in this Slow Cooker Vegan Pumpkin Coconut Caramel Sauce. It’s great in coffee or tea, on ice cream, or as a decadent spread for pancakes! 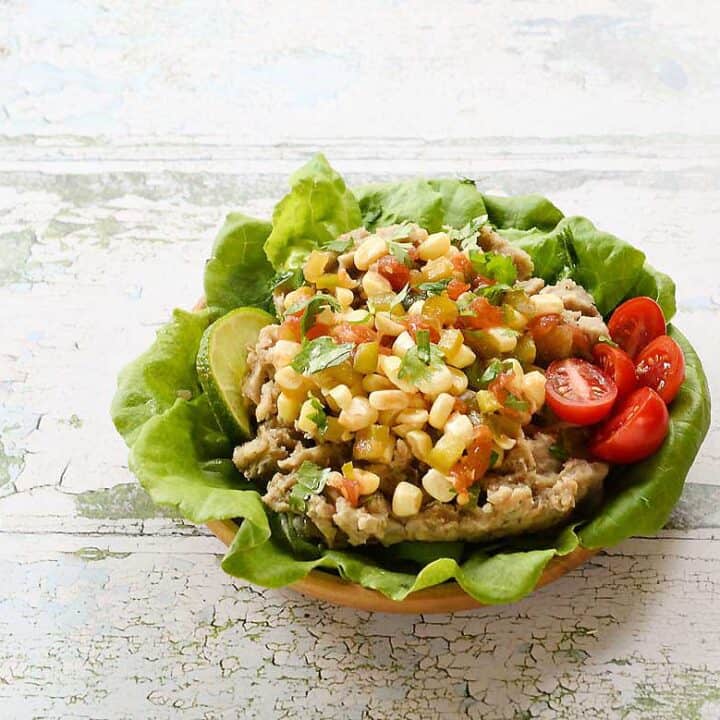 While you are working on making beans from scratch instead of using cans, go ahead and give up the cans of refried beans. I have 2 very simple slow cooker recipes that can be doubled or tripled to stock your freezer.

The plain refried beans aren’t pretty but are super easy and aren’t even fried. You can add even more nutrition by adding in some butternut squash or sweet potato. 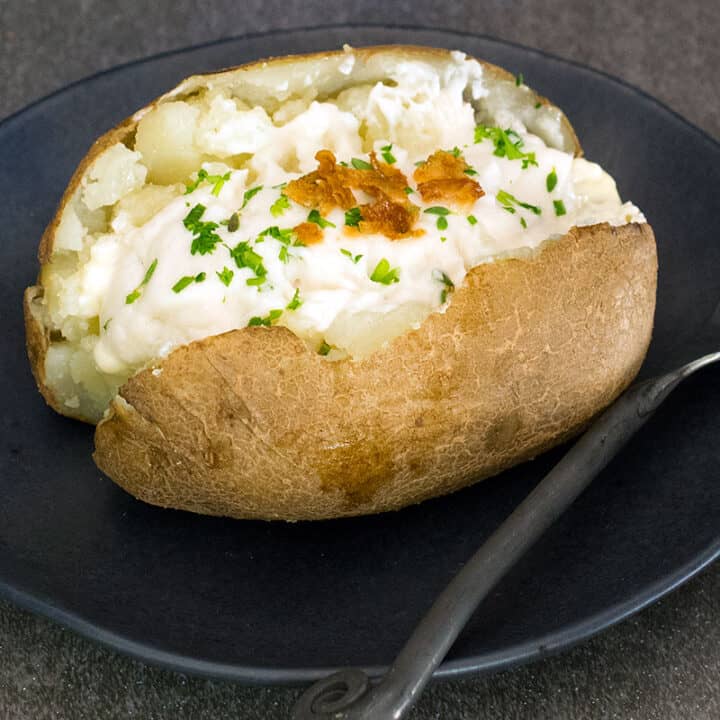 Don’t forget that you can also “bake” potatoes and sweet potatoes in your slow cooker and they make a great meal. I have a ridiculously easy slow cooker baked potato recipe for you.

Just wash, poke holes and cook on low while you are away at work. You can even throw a few on top of the batch of chili you are slow cooking to make your meal complete!